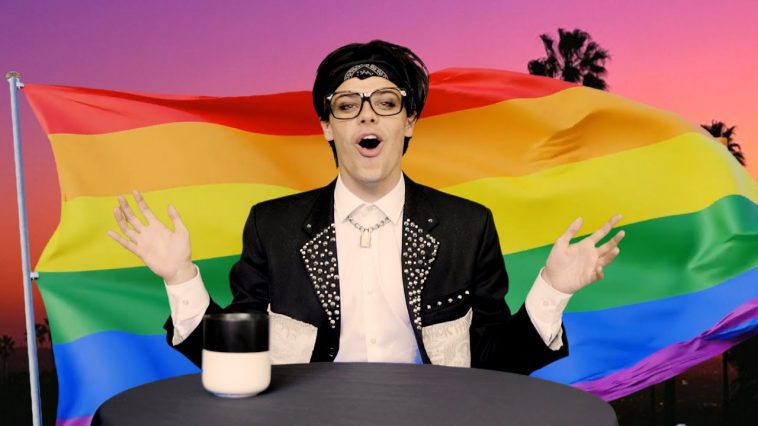 YUNGBLUD has premiered the third episode of his The YUNGBLUD Show on YouTube.

During the latest instalment of his popular series, the Yorkshire born artist was joined by special guests Paris Hilton and activist Kenidra Woods. YUNGBLUD played a hilarious game of Hot or Not with Paris, where they discussed everything from llamas to tofu, and Michelle Obama to McDonalds, whilst he discussed the Black Lives Matter movement with Kenidra.

The episode also included a performance of his unreleased track ‘The Emperor’ as well as his latest track ‘Weird!’. All donations from the third episode will also go to Black Lives Matter.

You can catch up on the episode below.

At the end of the show, YUNGBLUD also announced that the follow up to his debut graphic novel The Twisted Tales Of The Ritalin Club 2: Weird Times at Quarry Bank University is available to pre-order now.

From the messed-up mind of music sensation YUNGBLUD comes the follow-up to 2019’s smash hit graphic novel The Twisted Tales of The Ritalin Club! Now eighteen, and having graduated from Blackheart’s High School; YUNGBLUD, plus his super-powered friends Harmony, Scout, Zombie Joshua, Em, and Encore are now enrolled as students at Quarry Bank University. At first, it seems like university life is all drugs, sex and relationship drama. But when a new foe with a familiar face arrives from the Manga Dimension, the Ritalin Club find themselves caught in a trip that may cost them their very lives.

Have you been enjoying The YUNGBLUD Show? Let us know on Twitter @CelebMix