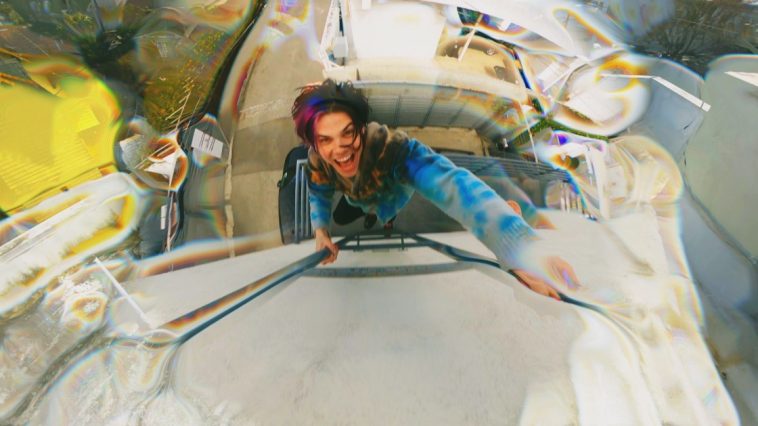 Yorkshire rocker YUNGBLUD has unveiled the music video for his latest single ‘Weird!’.

Directed by YUNGBLUD and Tom Pallant, the video received its broadcast premiere on MTV Live, MTVU, MTV International territories and on the Viacom Times Square billboards.

Shot with minimal production by a three-person crew who are quarantining together, the visual follows YUNGBLUD as he sings and dances around LA – whilst social distancing, of course. Packed with hazy effects, the video perfectly matches the vibe of this relatable quarantine anthem.

Speaking about the video, YUNGBLUD said: “Right now, everybody is trapped within four walls trying to figure out what the f*** is going on. Currently, I’m trapped in LA with my best friends. We made this for $100 and this might be my favorite video we’ve ever made. I think you can see the happiness from it coming out of the screen.”

Check out the visual for ‘Weird!’ below.

The rocker also recently appeared on The Late Late Show with James Corden via video, where he was interviewed by James. He also delivered a special stay at home performance of ‘Weird!’.

The content just keeps on coming for fans of the ‘Hope For The Underrated Youth’ star, as yesterday also saw the premiere of the first episode of ‘Stay Home With: YUNGBLUD’. With new episodes every Monday, the YouTube Originals series follows the artist as he adjusts to a remote lifestyle while creating music and keeping up with his personal life.

What do you think of the music video for ‘Weird!’? Let us know your thoughts on YUNGBLUD and his latest projects on Twitter @CelebMix