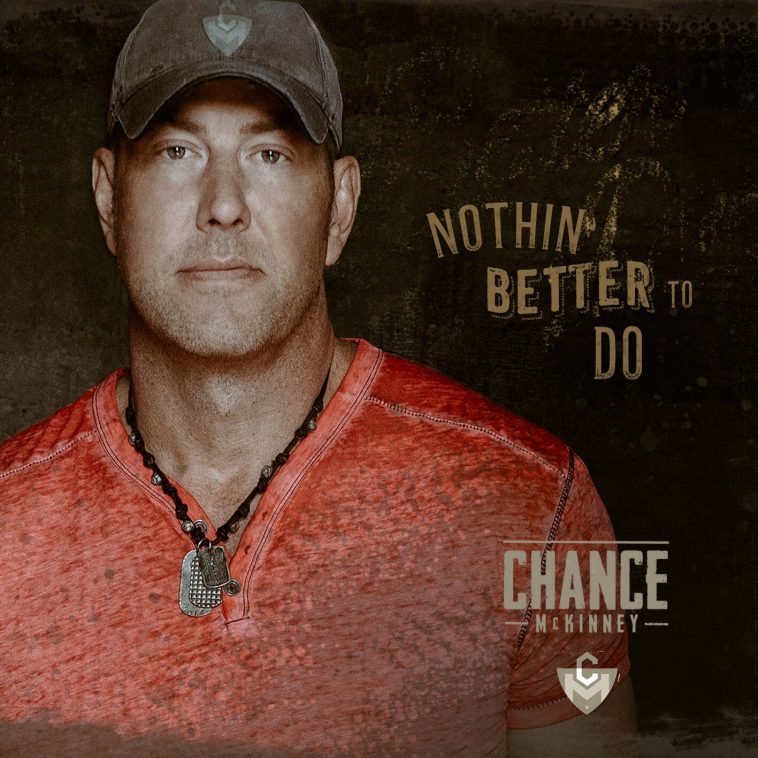 Back in May of this year rising country sensation Chance McKinney shared his stellar new single ‘Nothin’ Better To Do’ which is the follow up to his hugely successful breakout hit ‘Be Real’ which was the track that won him the coveted CMT’s Music City Madness competition.

Here we chat with Chance where we find out a little more about the ‘Nothin’ Better To Do’ song and its inspiration and songwriting process.

Congratulations on the release of your new single, how are you finding the response so far?
It’s been really fun to watch the song take off like it has. “Nothin’ Better To Do” seems to be helping people get into summer and get through some difficult times with a little bit of a smile on their face.

What was the writing process like for the song?
I actually had the song almost completed back in 2018, but when the lockdown came it gave me a chance to revisit the song with my co-writers over our Zoom writes and dial it in. Once we did that, my producer, Kevin, started in on it and it was ready to go soon thereafter.

Who else did you work with whilst creating this track?
This was the work of Joe Jordan (writer of “Front Seat”), Kevin Ray Lawson (producer), and myself. I wrote the original version, Joe tore into it and rewrote it, we argued over some minor details, Kevin pitched in his two cents, we argued some more, we rewrote, argued and finally handed Kevin a finished product (lyric and melody)… then he tore into it and voila… magic.

Where did you look for inspiration for the lyrical story?
Bad pickup lines from shows I’ve performed at… seriously. I watch guys try to pick up girls at shows and it’s one of the toughest things in the world. As I was explaining to Joe and Kevin my idea behind the song, Joe lit up immediately. He knew exactly the direction we wanted to take the song. How to pick up a girl, the correct way. It’s basically a “know your place” kinda song fellas… She’s got priorities, and until you become one of the more important ones, accept her for who she is. It was kind of funny in that we started with her list of mundane things… work, binge-watching TV, yoga, marathons (if you’re into that sorta thing), and all of a sudden, the choruses come around and the dude is building castles and life together. We kinda crack ourselves up when we’re writing… and hopefully, it rubs off on the listener.

How are you finding the process of creating new music during this quarantine period?
We’re actually not having any trouble finding anything to write about during quarantine. There are so many song ideas we’ve had on hold for so long but just haven’t been able to get to. We’re now kinda catching up on everything we’ve wanted to do. Me, Joe, Kev, and Taylor have been writing fools over the lockdown. If, and that’s a big “if”, there’s a positive to all this is that we’ve really let loose on writing, and I can’t wait to get these out for people.

What have you been doing to stay creative while you’ve been staying at home?
Besides doing home projects, playing with family, trying to stay in shape, and getting outside “a lot” to avoid going crazy… just writing. Writing, writing, writing. It’s really been a welcome side effect of all this.

How are you finding the experience of promoting new music during this time period?
While I’m no expert, I like to promote the only way I know-how, and that’s to play “live.” Now, having zero shows has been deflating, but we’ve done some online stuff… made a few #BathroomCuts videos and we’re shooting the “Nothin’ Better To Do” video as we speak. Just trying to stay connected to my fans during a moment in time that’s ripping us apart.

How have you been staying in contact with fans during lockdown?
With the help of Instagram Live, Facebook Live, and releasing new music… until we get the green light for shows, it’s about all you can do.

Can we expect your new music to lead to a full length album in the future?

Absolutely. As a matter of fact, we’ve already begun the next project and this one hasn’t even been released. We’ve got tons coming down the pipe for people and we’re excited to get it out there and then start playing it “live”… that’s when the real reward comes for me. The connection with people who love my music and message… that’s what it’s all about.

I plan to tour… go to movie theaters… shake hands, give hugs, take pictures, and enjoy life every day.