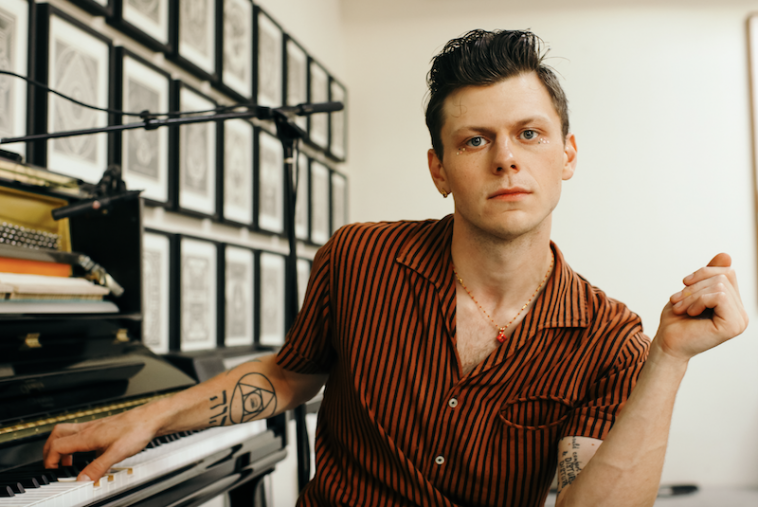 Singer-songwriter Chaz Cardigan is channeling the confusion and anger caused by COVID-19 into a work of art. His brand new single, “We Look So Good,” captures the feeling of hopelessness and unhappiness during such a scary and uncertain time. This single marks the second release from NVAK Collective, a talent incubator and record label. The NVAK Collective’s mission is to create safe ecosystems for women, non-binary and LGBTQ+ musicians and artists. “We Look So Good” follows Cardigan’s collaboration with The Gifted for “Feels Like I Know You” which was released earlier this year. In an exclusive interview with CelebMix, the “Not OK!” singer opens up about his music and what’s next for him this year.

What can you tell us about your brand new single “We Look So Good” and the inspiration behind that track?

We’re going to unpack the trauma of the pandemic for, like, the next decade or more, but nothing is ever going to compare to those first 2 or 3 months. Everything was messy and confused, and watching the richest country in the world just absolutely fail to respond in a meaningful way — that was the only thing on my mind; the total helplessness. It brought up a lot of anger for me and the people around me, this really broad sweeping sadness about where the country was and how obviously bad and unhealable it seemed.

My way of processing that was writing a lot of songs where I talked to the United States like the country, or this idea of it, was someone I was in a relationship with. “We Look So Good” was the first song I wrote with that idea.

Why was it important for you to write and release a song with such a powerful message and meaning behind it?

I was absolutely going crazy — who wasn’t, y’know? And we were all inside, so there wasn’t anything to do except “doomscroll” social media or try to channel those feelings somewhere, so this really came out of necessity for me if I wanted to get out of bed in the morning.

Does “We Look So Good” give fans and listeners a preview for what you’ll be releasing and sharing with the world next?

That’s an interesting question. I think “We Look So Good” is sort of a pivot point. Lyrically, yeah. It’s the start of something different and a storyline. Sonically, it’s a transition into something different as well, but I do think that it’s like a send-off to sounds that I used on Holograma because I was writing and producing this as I was finishing that EP.

How does this track differ from “Feels Like I Know You” which you released earlier this year?

“Feels Like I Know You” isn’t really my song. The Gifted and I wrote it together in 2018, and earlier this year, it felt like the right song at the right moment for them to release as a part of their artist project. I LOVE the way that track sounds, and I’m really proud of how it evolved over the last 3 years, but “We Look So Good” is my baby. It’s my story, it’s my production [and] it’s part of a project.

Who would you like to collaborate with in the music industry?

My answer to this question is always Imogen Heap. She really is just as good as it gets.

Are you planning on touring or doing any shows soon?

I’ll be playing a few shows with Cherub at the end of October, but that’s all that I have planned right now. I want to get back on the road, but I also want everyone to be safe and to feel comfortable in the world again before we plan a huge, lengthy tour. I’m also really trying to plan for sustainability these days, so that when I go on the road it’s not just a huge months-long dump of carbon emissions.

Stream “We Look So Good” here.