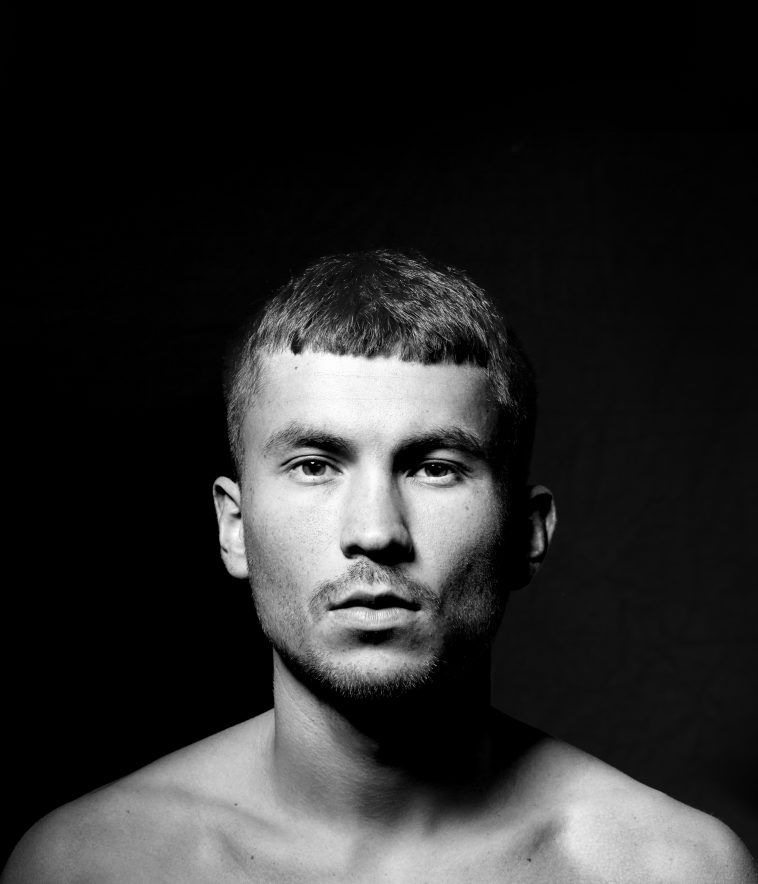 We chatted with him about the song, the music video, and Melodifestivalen – which is the Swedish national selection show for the Eurovision Song Contest and has been going for 60 years. The contest is massive in Sweden, with some people claiming it to be bigger than Eurovision itself, within the country.

Check out all our questions and Paul Rey’s answers below. Also, don’t forget to check out the premiere to his awesome music video “Talking In My Sleep”, and keep up-to-date with Melodifestivalen and Eurovision here on CelebMix.

Hi Paul, how are you doing today? What’s it like at the moment in Sweden with the current coronavirus pandemic?

I am personally staying quarantined, but the restrictions in the country are not as strict as many other countries in Europe. But I’m staying cautious and at home, trying to be as creative as possible!

Your recently released single is “Talking In My Sleep”, can you tell us more about the track?

The song is about missing someone and only seeing them in your dreams. You miss that person so much that you don’t want to wake up to reality.

The song has also recently taken on a new deeper meaning with people on lockdown or quarantined throughout the world. How does it feel that so many people are connecting with your song?

It feels amazing that the song is being received so well, the song means a lot to me and I’m really proud of it!

It charted at number eight in Sweden, how does it feel to see it do so well?

It’s the highest charting song of my career so far, so I’m really happy!

What was it like to compete in Melodifestivalen? We watched and supported you throughout, we’re so glad you made it to the final.

It was an amazing experience, especially performing in the final in front of 28,000 people in the arena and millions of people watching. Such an adrenaline rush!

How do you feel about Eurovision being cancelled this year?

It’s really sad, but the pandemic is something that no one could see coming, and everyone is trying to handle it as well as possible.

Would you compete in Melodifestivalen again? Returning artists always seem to do well.

Yes, I would love to!

Now, let’s talk about your new music video, which we premiered on CelebMix. How would you describe it?

The video is me lying on a bed having footage from personal memories and dreamy landscapes projected on to me and the bed. The music video really fits the theme of the song. It’s very personal and intimate.

Honestly very comfortable haha, the whole shoot was indoors with me lying down on a bed! Easily the most comfortable music video shoot in my career.

It was directed by Maja Rodman, what was she like to work with?

We have worked together on previous projects and she was once again really nice to work with! We shared the same vision for the video.

Who played your love interest? And what was she like to film with?

The footage is the personal footage my wife Dalia and I from our wedding, and different trips throughout our relationship. I wanted to make the video as personal as possible, so I chose to incorporate this footage.

We love how it has all been pieced together. What did you make of the whole video when you first saw it?

I was really happy and excited, it turned out just the way I wanted to!

Let’s talk about your career, to date. Your biggest track was your feature on Arman Cekin’s “Califonia Dreaming” with Snoop Dogg. How did that come about?

Haha it’s a very long story. I’ll try to break it down for you.

I did the original version of “California Dreamin’” when I was staying in QD3’s apartment in Los Angeles. I released the song on SoundCloud together with my own music video on YouTube, that I shot and edited myself.

Arman Cekin asked if he could do a remix, which he did and it went viral.

The song was to be re-released through Warner Music UK, and we decided to add a Snoop verse since he would fit perfectly. My management had contact with him since before. He loved the idea, recorded his verse and then we shot a music video together in L.A.! So there are three different versions of this song haha.

Looking back on the track, what’s it like knowing that it became such a success, what with it’s 40 million Spotify streams?

Insane, the original song was a trap-RnB song that I did just to have fun, but my management loved and said let’s release it on SoundCloud! Since then it has lived its own life.

Your other tracks, “Fool For You” and “Tear Me Down”, have gained millions of streams too, in fact, a lot of your music has become popular. How does it feel knowing your music is reaching so many people?

Insane. Especially with “Fool for You” and “Tear Me Down”, since I’ve written, produced, recorded and mixed those songs all on my own. I am super proud of the “Note to Self” EP, it was the first time I took on producing in my career.

Lastly, what else can we expect from you?

Thank you, Paul Rey, for answering our questions, we hope you and your family are staying safe and we’re excited for new music – once we’ve gotten over the amazing music video for “Talking In My Sleep”, obviously, which could take a few months.

Check out Paul Rey’s music on Spotify, he is definitely someone to watch in the coming years – we hope to see him grace the Melodifestivalen stage once again, and one day represent Sweden at the Eurovision Song Contest.

Tell us your thoughts about our exclusive interview with Paul Rey on Twitter @CelebMix.