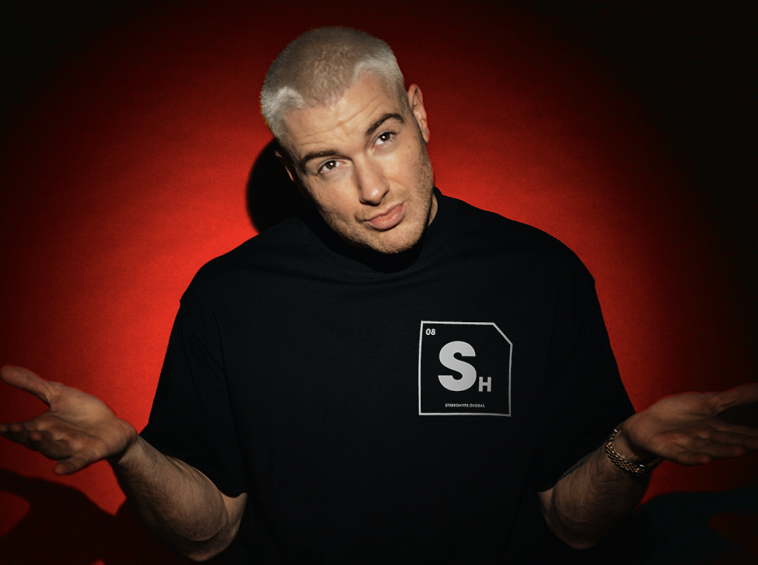 James Hype took both the music industry and world by storm when he released his smash hit single “Ferrari” in 2022. After accumulating millions of streams over the past few years with popular tracks like “More Than Friends,” Hype has now developed an incredibly dedicated fanbase of his own. He continues to captivate the attention of listeners around the world with his intricate production and remarkable stage presence. The “Disconnected” producer has solidified his spot in the music industry as an international force to be reckon with right now. In an exclusive interview with CelebMix, James Hype opens up about “Ferrari,” dream collaborations, and his plans for this year.

What can you tell us about your massive success “Ferrari” and the making of that track?

“Ferrari” is a track that is very special to me. Never in a million years did I think it would blow up in the way it did. When we were writing and producing it, Miggy and I were just sitting in a studio trying to think of some melodies and rhythms and this one melody kept popping up in my head from the song “I Need a Girl” by Diddy. I thought ‘What if we take that guitar and turn it into house and add some drums?’ It turns out that worked really well.

Did you expect “Ferrari” to be loved by so many listeners around the world? What has been your reaction to its success thus far?

No, not at all. I never expected to have that kind of success with a song and to be honest, I think my mentality was that I’d be content for the song to be nine peoples’ favorite thing rather than 100 peoples’ 9th favorite thing. When it blew up, I was amazed and I got so excited when I heard it made number one in Italy. The international support for the track has been insane. The track was the biggest in Italy and the Netherlands and the UK was actually one of the last places for it to hit, which I found odd because I’m a British guy.

There are some great remixes of the track out! Would you love for a certain DJ or producer to remake the track who hasn’t touched it yet?

I absolutely love the remixes of the tracks! It’s so great to see other people’s interpretations of my work especially when it’s insanely talented people like Oliver Helden, Lazza, and D1MA. I loved listening to their remixes! I just love them all. If I wanted someone to remix it again, it would have to be the absolute legend that is Joel Corry; that man is incredibly talented. I’ve remixed a few of his tracks and honestly it would be an honor if he ever remixed mine.

What was your first major performance, and what stands out in your memory from it?

Not sure if it was the first, but EDC Vegas in 2022 was off the charts for me personally, I played super early and to watch the stage fill with 40k people in around 20 mins was humbling to say the least.

For new fans who are just discovering your music, what do you want them to know about you?

First of all, hey, I’m James. If you’re tuning into my music for the first time, I hope you enjoy it and it means the world to me that you’re listening. I’m a British DJ and producer, who also makes Youtube content on the side (called “Moving Differently” on Youtube) documenting the real world of being a DJ and its ups and downs.

I’ve got a few gigs coming up which I’m pumped about! In January, I’m going to take a little holiday with my girlfriend Tita, but to be honest I’ll probably still be trying to make some new music. I’m looking into doing more things with my label Stereohype and I’ve got a few gigs booked for the summer already, although I can’t say where yet. I guess we’ll see where 2023 takes us!