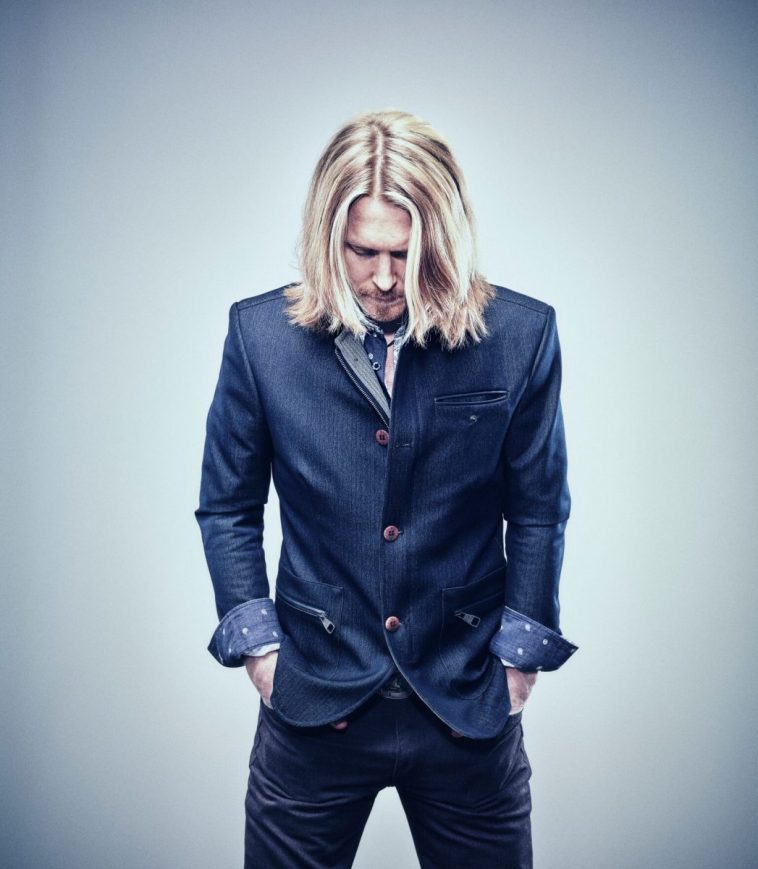 On Wednesday, US country music singer/songwriter Kenny Foster will arrive in London for a much anticipated performance as part of the Nashville Meets London Pizza Express showcase.

Here we chat exclusively to Kenny Foster to find out more about his forthcoming live set, new music, and more:

You’re returning to the UK next month for NML, how excited are you to be coming back to Britain?

I absolutely love being in the UK. It’s brill. Even in February. I’m grateful any time for the opportunity to do what I do in a place that is sneakily feeling like a second home.

What can fans expect from your Pizza Express set?

I don’t know if you know this, but I almost never make a setlist. The joy of performing solo lies in the impromptu nature of the whole thing, so I tend to get a general outline in my head before I go up, and then I let the room and their reaction decide what’s up next. With that being said, I know it’s been a while since a new record has come from me, so there’s gonna be a few new tunes making their live UK debut in anticipation of the next one. And of course the good old ones, so all of them obviously.

What would you say is the biggest difference between British and American fans?

Their uncanny wit and ability to recognize and test it in others. Brits are a tough crowd, because they listen intently, but once you’ve proven your mettle it’s all smiles. I love the way the British approach music as an art form, rather than an expression of celebrity. It’s more about what’s being said than the way in which it’s presented.

You’re no stranger to UK County fans and have even performed with one of our leading lights – Twinnie, can we expect to see any other collaborations while you’re over here this time?

Ahhhh, the Twinster. To be honest, we didn’t even plan our last collaboration. We were sat next to each other in the presser for C2C Berlin and she asked if I’d join. Ran it once during her sound check, and then we were off to the races 6 songs later. But I absolutely loved that. It’s that casual, seat-of-our pants, sort of feel of the UK scene that keeps me coming back. Have I planned any collabs? No. Will there still be one or two. I certainly hope so.

What would you say is your favourite thing about performing in the UK?

Do you have a favourite British Country act?

That’s like asking to pick a favorite child. Not about to do anyone like that. I love what Twinnie is doing, I love what Ags Connolly is doing, I love what Morganway is doing, Stevie O’Connor and I had an excellent bromance in Scotland last summer, Two Ways Home and I have partied in Vegas (and London) together, Gasoline and Matches are the sweetest lovelies alive and know a good curry restaurant when they see one. I wrote with Gary Quinn in Nashville last month, am doing some recording with Simon James in Nashville when I return from this trip, have been fast friends with Robbie and Demi since playing in Scotland 3 years back, as well as Luke Thomas and Jade Helliwell, and I’m attending Holly Rose Webber’s wedding before the NML show. Everyone I know and love in this scene is ace in my book.

The British Country scene is growing rapidly would you say that US audiences are now becoming more aware of the UK Country scene?

Difficult to say. Feels like I almost spend more time over here these days. laughs I know Twinnie is popping up everywhere back home, and the critical acclaim Ags has been picking up with his latest has the Ameripolitan world on its head. I know it feels like it’s in its infancy, but things in the states take time. I think we’ll see some folks pulling ahead sooner than later.

Do you have any other UK shows lined up this year?

I just did Harrogate on the 19th, and there will be a few more to be announced next week as soon as they let me #WatchThisSpace.

Apart from NML what else do you have planned this year?

First and fore most, I want to do a new record. I’ve been chomping at the bit, and while we get our partners for that launch in place, I’m not going to let it go too much longer before a single release or two come through the pipeline. A duet release for late spring is in the works with one of my dear friends back home, Mae Estes, and I’m whittling down the songs for what will make my sophomore album something really special. Show-wise, I head to Berlin for C2C just after NML, and then back in the UK for a few other shows before heading over for some writing/recording before a mate’s stag do in Arizona before the ACM Awards in April. There’s quite a few tour possibilities in the states that are looking tasty, and I have the feeling I’ll be back over in Europe at least once (maybe twice) more before the year is out.

Did you enjoy our exclusive interview with Kenny Foster? Let us know your thoughts across social media!