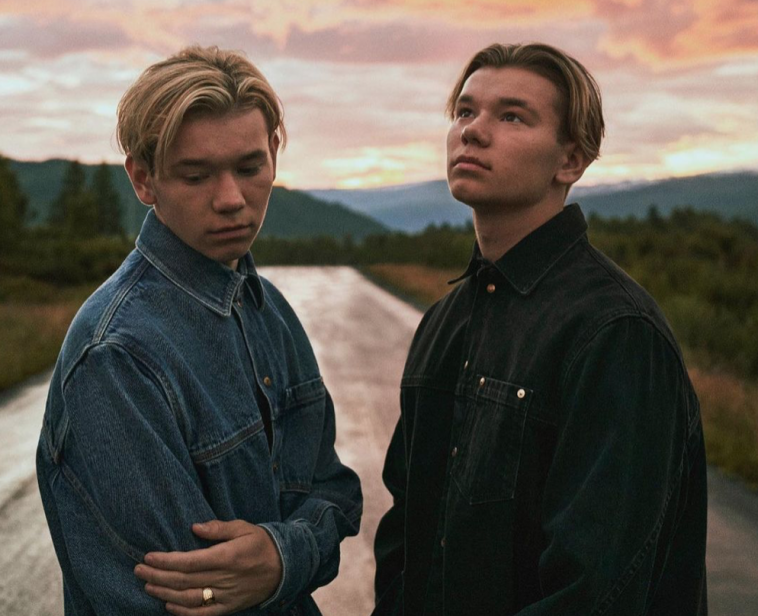 For two twins who have grown up on big pop hits and sold-out arenas, 2020 has come as quite the curveball.

Marcus & Martinus have been in the spotlight ever since their win on Norway’s Melodi Grand Prix Junior 2012 and have fast become known for their stadium-filling tracks and charisma.

2020 was set to be another blockbuster year for the now 18-year-olds with murmurs of another European headline stint following the success of the Moments tour in 2018.

155,000 fans attended those shows across 15 countries over a year which the duo remember as “one of the best years in our lives”. Incredibly, that record turns two years old next week.

“Moments was one of the first tours we’ve done. We had a lot of fun performing those songs and seeing fans singing along.”

“We look back on it and appreciate how amazing it was, especially as we are stuck at home now with corona, we realise how thankful we are.”

That 2018 record, Marcus & Martinus’ third studio album, proved a coming-of-age moment. The brothers honed in a confident trademark sound and started having a greater say in the studio.

Big brass band production was added to fizzing electropop to make hits like ‘Make You Believe In Love’, ‘Like It Like It’ and ‘One Flight Away’, which the duo pick as their favourite single from Moments and one they can’t wait to perform again soon.

That sound Marcus & Martinus found so well two years ago and carried them across the continent is still very much there today. That’s if October’s single ‘Love You Less’ is anything to go by.

What could well be the brothers’ best release to date, it’s the first taste of music for fans since 2019’s SOON EP and is a catchy effort which has already pulled in millions of streams and views across the internet.

“It’s very fun to be back releasing music. We’ve changed our label and with the virus we’ve had to wait longer, but there’s more music coming in 2021 – at least four or five songs.”

‘Love You Less’ dropped with a music video shot in and showcasing the band’s homeland of Norway. “It’s always a lot of fun doing it in Norway,” the duo admit. “Especially as we got to drive a Porsche, which sadly we didn’t get to take home. One day maybe.”

“The nature over here is incredible, it’s always great to show people how nice it is where we live.”

Above all, what ‘Love You Less’ will have fans feeling is an urge to be back at a Marcus & Martinus show, where their music comes to life. Having been cherry-picked by Jason Derulo to warm up his 2Sides European tour in 2018 exactly for their stage presence, CelebMix asks the duo where that live knowhow has come from.

“We have inspirations like Michael Jackson and Bruno Mars – they are incredible on the stage.”

“We always want to be bigger and better. When we started going on tour we did these arena shows with a big band and trumpets and everything – it’s difficult getting bigger from there but that’s our goal.”

“We want people to come and enjoy the show and think, ‘wow, this is amazing, we want to come back and see them again’.”

As and when that is remains out of anyone’s hands. For Marcus & Martinus, whose excitement to be back on the road is plain to hear, it can’t come soon enough.

The brothers know they are not alone as they think of other young artists wanting to hit stages. The likes of HRVY, Johnny Orlando and Max & Harvey all move in similar circles of youngsters at the centre of a new wave of artists.

“We talk a lot to HRVY. He’s a good friend and we’ve been supporting each other through these coronavirus times.”

“It’s always fun having friends who you can talk to and understand you are going through the same thing. We miss them a lot and it’s great they’re doing so well.”

Maybe a collaboration when this is over, how about it boys?

‘Love You Less’ is streaming now.

Are you a Marcus & Martinus fan? What’s your favourite track? Let us know @CelebMix on Twitter.