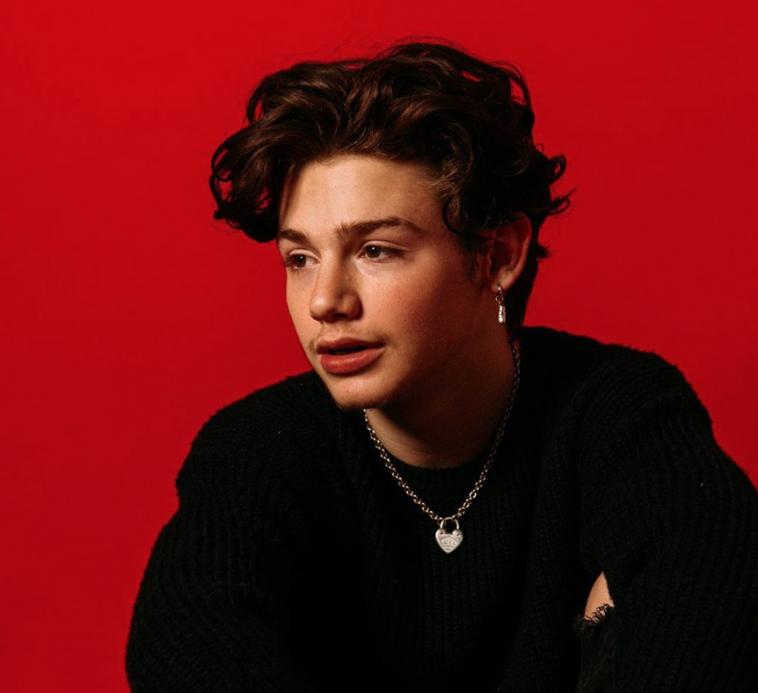 Yet, as the 16-year-old takes his first steps as an artist in his own right, he is a rising star in the industry, and a very exciting one. Whipping up an online frenzy when dropping debut single ‘Love Letter‘ last month, pulling in over 1.5 million Spotify streams in a week and breaking into viral charts, Payton Moormeier is a youngster pressing all the right buttons.

“It feels amazing [to have ‘Love Letter’ out]. It was a dream working on the song, it was such a fun time. It’s so special to me so to get it out and see it perform the way it has is surreal.”

“I was kind of nervous, you never know how people are going to react. My homies and family were all vibing with it but I was waiting to see the feedback from fans and was a little nervous.”

An easy-going flick reminiscent of Machine Gun Kelly and Bazzi, the confident first effort puts the singer’s heart-on-sleeve lyrics at the forefront. Written off the back of a sudden end to a relationship, Payton admits that writing from experience comes as second nature:

“It always stems from a situation and from there it’s just making the story and shaping the song.”

“The hook starts with ‘I don’t even know myself’ – the whole relationship was a dream to me and when it ended it was so abrupt. I’d invested myself in somebody for so long that I didn’t even know what I really like and who I am – that’s the short story behind it.”

Already preparing his next release, ‘Habits’, Moormeier has excited fans with snippets online and tells CelebMix they should expect the unexpected.

“The first verse stems around myself and problems I have, how I deal with them. The second verse is little story about a girl and what she left me with,” he teases.

“It’s really different from ‘Love Letter’ and that was the goal. It stems from a demo that I made in my room. The vibe of the song is a little like Post Malone maybe – it’s definitely different and new for me.”

Name checking Malone as a dream future collaboration, the ‘rockstar’ singer is alongside artists such as blackbear who inspire Payton when recording.

“It’s not all the time but some parts of the song that I’ll be singing remind me of someone. If it’s Post Malone, then I’ll try and get that fit in my voice and kill that part.”

“I’d love to see Post Malone on a payton track. I’m a huge fan and love his whole style and vibe.”

Lofty ambitions that are, perhaps, not all that far-fetched as the singer already moves in circles with cemented artists such as Jacob Sartorius and HRVY.

For now, the singer focuses on the two singles, although is still spending plenty of hours recording with eyes set on a potential future EP. The more time he spends crafting his sound, the clearer his vision is, the songwriter admits.

“At first it [being in the studio] was super difficult but working with producers and making tracks has been the best thing for me. It’s helped me with everything from writing to getting my emotions out and my overall confidence.”

And even though working alongside producers and releasing original material may be new water for the social media sensation, music is not something that has taken his fancy in recent months. Playing guitar since a young age and posting viral covers online before even reaching his teenage years, Payton’s big break into the industry has been cooking for a while.

“Music is just something I picked up because I wanted to,” he reflects on his childhood years when he’d teach himself guitar through online tutorials. “Looking back at it now I’m impressed with myself how much I was grinding on guitar,” he chuckles. “I had the drive to learn and it was addicting.”

As those hours of commitment start to come to fruition, it’s clear that there is a whole lot more to Payton Moormeier than just another social media star. The singer/songwriter is fast curating his own sound and with a fanbase that big, the sky is the limit.

Are you a Payton Moormeier fan? Are you streaming ‘Love Letter’? Let us know @CelebMix on Twitter.