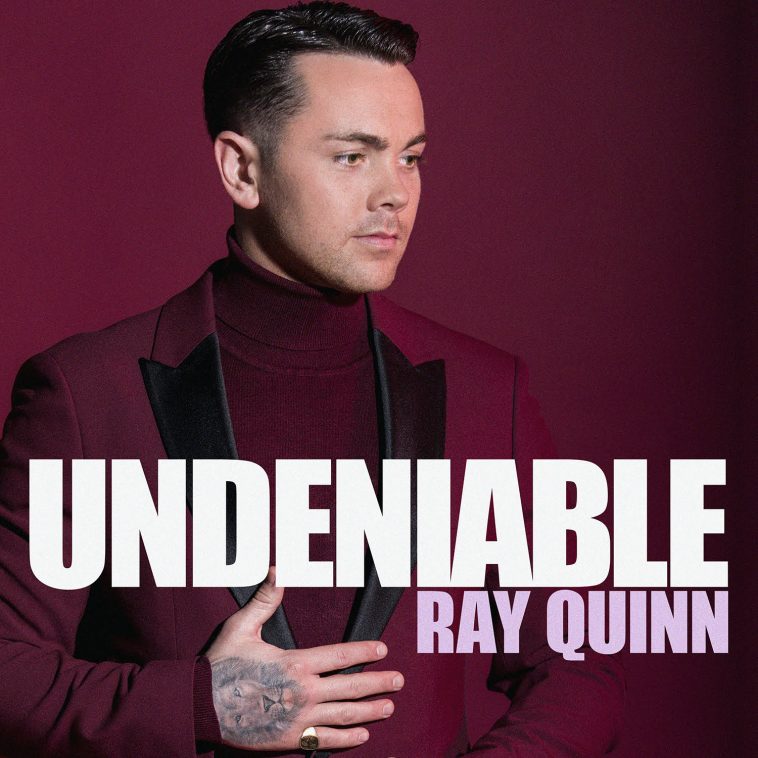 Ray Quinn is releasing his first album in thirteen years. Undeniable will be released on 29th May.

The twelve-track album has been a year in the making with Ray knowing exactly what he wanted it to sound like.

“It was recorded in Liverpool, at Parr Street Recording Studios, there’s a 50 piece orchestra. I’ve gone back to what I know, I’m bringing Frank Sinatra into the 21st century, it’s a mix of songs, spanning from the ’40s until now.”

It includes a mix of songs from original songs to covers of classics including songs by  Matt Monro, Christopher Cross, Duffy and Leo Sayer.

“It’s the music I grew up on. I wanted there to be something for everyone on it, I remember listening to the songs my parents sang and danced to at the social club. And the more modern songs are the songs that mean something to me.”

Undeniable it seems is Ray’s homage to music. ” Music is something everyone can relate to. It’s something that evokes emotion and makes you feel, it can take you back to that memory of when you first heard it.”

Ray kept this in mind when picking the songs which would go on the album. ” If you saw my Spotify you’d be shocked, I like lots of different music so it’s all over the place. I’ve been putting them all down on paper to see which songs fit, and how they flow.”

“I wanted it so people could press play and not lose interest and feel the need to skip a track. Nowadays there’s no right or wrong genre to listen to, you can choose any type of music you like. So for me, it was just a matter of singing what felt right for me. With Undeniable, there’s so much thought put into it, even down the colours of the album, it’s been such a personal project for me and I’m so excited for everyone to hear it.”

Are you excited for Ray’s album? Let us know at @CelebMix!