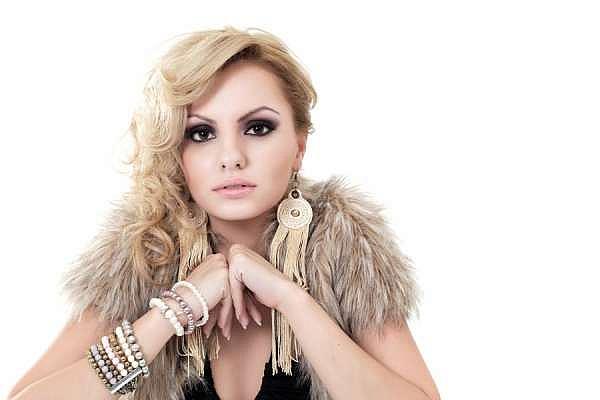 This week marks CelebMix’s five year anniversary so what better way to celebrate than to write about some of our favourite celebrities, this article is dedicated to Alexandra Stan and the amazing stars she has collaborated with.

Alexandra Stan has been in the music industry for 11 years now, becoming an international success with the song “Mr Saxobeat”. She has had chart hits all around the world, sang in many different languages, and collaborated with some of the world’s biggest stars.

Alexandra Stan recently dropped her brand new single “Take Me Home” and her latest collaboration was on RDGLDGRN’s 2020 single “Danger” alongside Nitty Scott. Let’s delve into our five favourite Alexandra Stan singles, right now. Many stars have duetted with Alexandra Stan and we can’t wait to choose our top five.

Is there any other collaboration we should’ve started with? We think not. “We Wanna” is one of our favourite collaborations that has ever been released. It saw two of the biggest Romanian female singers, INNA and Alexandra Stan, come together on a track with an added Latin flavour from Daddy Yankee – in English; yes, this song features a verse from Daddy Yankee in English, yet it totally works. This should’ve been a club smash around the world, and although it charted in a few countries, it totally deserved much more success.

This is one addicting track. Manuel Riva enlisted Alexandra Stan for the song “Miami” and it worked out perfectly, becoming a hit in Romania and even managed to chart in Bulgaria and on the US Billboard Dance Club Songs. This track literally takes us to the beach on a hot summer’s day, it’s such a beautiful upbeat song. The track was also used as the official anthem for the Neversea festival, with some of the lyrics changed.

Who remembers Carlprit? He’s the feature on Cascada’s global hit “Evacuate The Dancefloor” and he also had hits with “Do It All Night”, but he also collaborated with Alexandra Stan on this awesome song “1.000.000”. The song was riding on the success of her previous singles “Mr Saxobeat” and “Get Back (ASAP)” but it didn’t quite make the impact everyone was expecting to. A repeated chorus, “1.000.000” is one track that will easily get stuck in your head as soon as you hear it.

Globally-known Swedish-Congolese singer, songwriter and dancer, Mohombi, who is best known for his track “Bumpy Ride” as well as his collaboration with Shaggy, Faydee & Costi titled “Habibi (I Need Your Love)”, also collaborated with Alexandra Stan in 2016 for the awesome track “Balans”. The song charted well in Portugal and on the Japan Radio Songs chart but deserved to have done a lot better. We believe the song came before its time and is much more well-received nowadays.

Who doesn’t like chocolate? Well here comes a bit of “Vanilla Chocolat”. Alexandra Stan teamed up with well-known Romanian hip-hop star Connect-R for this English and French single. The track has a groovy rhythm and some very sweet lyrics that coincide well with the backing track. The song may have not been a chart success but it’s a treasured track between her fans. The selfie music video is unique and gives us insight into Alexandra Stan’s life, live performances, events, and dance studio sessions.

It wouldn’t be right if we left this one out. In 2016, Alexandra Stan joined a superstar girl group consisting of other top Romanian female artists, INNA, Antonia, and Lori (Loredana Ciobotaru) for the awesome debut single “Call The Police“. It became a hit in Poland and we’re surprised that it wasn’t a success in many other countries.

What are your favourite Alexandra Stan collaborations? Let us know on Twitter @CelebMix.