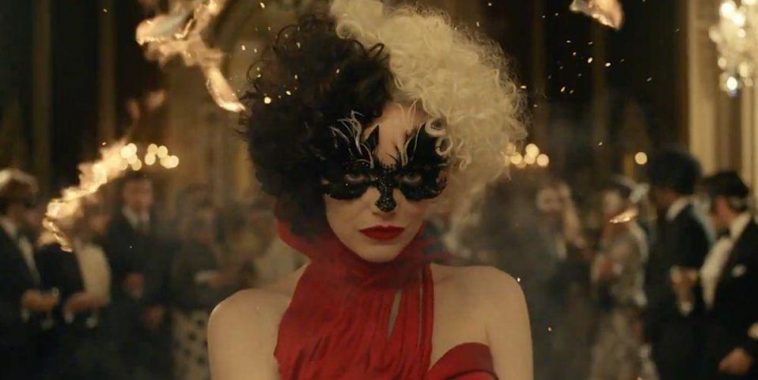 Florence + The Machine returns with a devilish new track ‘Call Me Cruella’, taken from the soundtrack to the upcoming Disney movie Cruella.

If Disney was looking for the perfect person to understand the assignment, then they struck gold with Florence. ‘Call Me Cruella’ is a dark yet captivating ballad which encapsulates everything we know about the iconic Cruella de Vil so far.

The track begins with a nod to the famous song from 101 Dalmatians before Florence delves a little deeper into the mind of the villain. “I tried to be sweet, I tried to be kind, but I feel much better now that I’m out of my mind,” she purrs over the eerie melody. Our only complaint is that the song is just over two minutes long, and we need a whole lot more of it in our lives.

Speaking about the track, Florence said, “Some of the first songs I ever learned how to sing were Disney songs. And the villains often got the best numbers. So to help create and perform a song for Cruella is the fulfillment of a long held childhood dream. I’m so grateful to Nicholas Britell and Disney for allowing me so much creative freedom, and for trusting me with Cruella’s beautiful madness.”

Nicholas Britell added, “I am a massive fan of Florence’s, so it was a true joy to collaborate with her on ‘Call Me Cruella’. With both this song and the Cruella score itself, the goal was to really embrace the raw rock aesthetic of 60’s and 70’s London. We recorded everything using all vintage gear and analog tape at Abbey Road and AIR Studios in London, melding orchestral elements with electric guitars and basses, organs, keyboards, and drums.”

‘Call Me Cruella’ is featured in the film, the original motion picture soundtrack and original score album by Oscar nominated composer Nicholas Britell.

The film is directed by Craig Gillespie, with screenplay by Dana Fox and Tony McNamara, story by Aline Brosh McKenna and Kelly Marcel & Steve Zissis, based upon the novel ‘The One Hundred and One Dalmatians’ by Dodie Smith. Cruella is produced by Andrew Gunn, Marc Platt and Kristin Burr, p.g.a., with Emma Stone, Michelle Wright, Jared LeBoff and Glenn Close serving as executive producers.

Cruella makes its way to cinemas on May 28, and will also be available on Disney+ with Premier Access for a one-time additional fee.

What do you think of Florence + The Machine’s track for Cruella? Let us know on Twitter @CelebMix