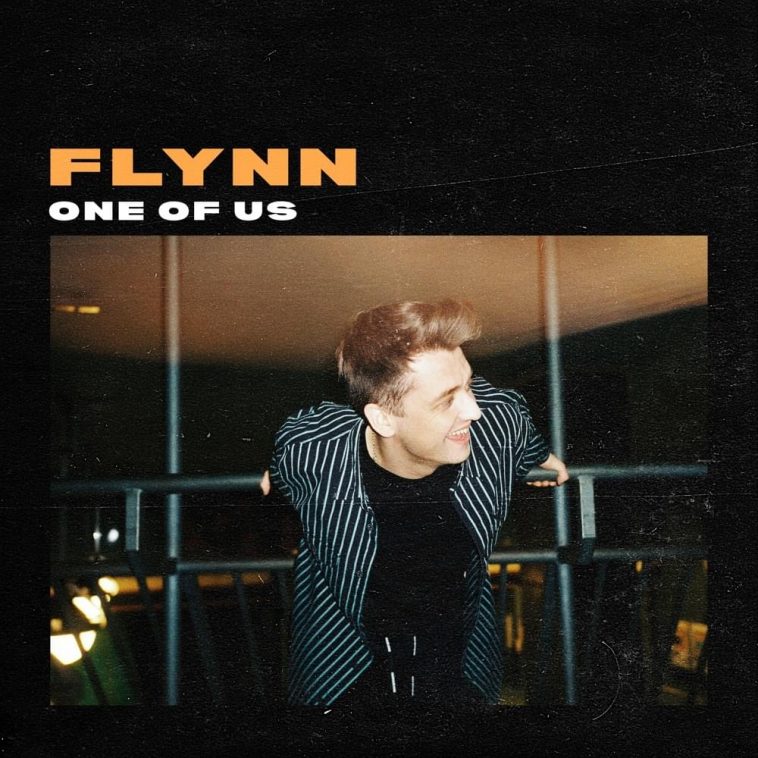 Flynn’s skyscraper vocal has always stood out, ‘One Of Us’ does not disappoint and takes his vocals to a whole other level. Produced by Toby Scott with additional production from Blair MacKichan; their credits include Sia, Paloma Faith and more, the alt-pop anthem employs high drama and dynamite drops to make a resolutely personal experience into a song with global potential.

Along with Flynn’s lyrics always touching a nerve on things we all relate to; this track’s sound unites the compelling emotions with equally engaging sonics. It’s a song that celebrates belonging: the power of being part of a family, friendship and community.

From the small Irish town of Mullingar, ( which seems to house a lot of musical talent as Niall Horan is from there too) Flynn moved to Bristol to study music and struggled to make ends meet.

Although he soon quit college, he set himself a goal: a year of grinding away would be more than worthwhile if his songs could reach an audience. And so he’d spend a day busking then working a shift in a restaurant before sleeping on a friend’s couch.

He’d also travel for writing sessions in London, adding to a challenging if also inspiring time in his life. An early breakthrough came when a song he entered in a contest back home in Ireland went viral.

Having since signed a deal with Jive Records / Sony, Flynn is now making people with his music, while staying true to his roots.

“I moved away from home to find myself, but in doing so, I kind of lost myself for a while. Eventually, I realised the value of being around friends and family, and that being back at home was what I needed to reset my peace of mind and get me back on track. Now I look forward to travelling, but I’m not running away from home or myself. I feel good about following my dreams and I’m lucky to have my friends and family supporting me from home.”

Flynn talking about his new single and having support from back home.

The ‘One Of Us’ video further expresses that concept. Shot in various locations in Dublin ranging from the striking Poolbeg Lighthouse to more rootsy parts of the city, it finds Flynn reconnecting with some old friends.

Let us know at @CelebMix what you think of One Of Us!