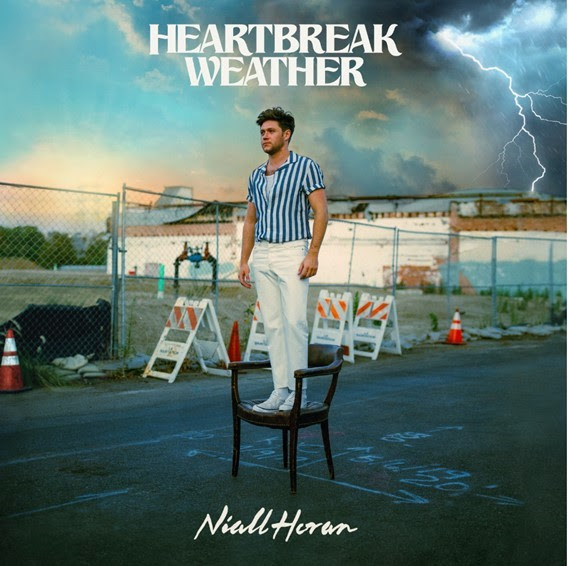 Niall Horan is back with his second album Heartbreak Weather, It’s a concept album, every track has a purpose. it chronicles a relationship from the start to end, conveying all the different emotions one feels during it. It’s not an overly sad album it’s an album that shows all the sides of relationship as when you go through a relationship and it ends, you don’t always feel overly sad. It charts those feelings.

From the upbeat and positive No Judgement which brings home the message of accepting people for who they are, to the title track Heartbreak Weather which is the perfect opener to the album. There is a track for everyone.

Black and White is one of the stands out tracks, it’s a song that had us singing along before we’d even finished the first listen, it’s just that catchy.

Dear Patience is a song that reminds us a little of David Gray’s Babylon in the way Niall has approached the vocals. It’s a slightly slower tempo than the other tracks on the album but lyrically along with San Francisco, it’s one of the sadder tracks of the album, both tracks hit you hard in the heart!

Small Talk is a track we need to hear live as it’s got that beat and vibe that lends itself to being the perfect track for crowd participation at a gig.

As an album Heartbreak Weather sees Niall come into his own as an artist, he’s found his sound, he knows his strengths both vocally and as an artist, it shows clear growth from his debut Flicker.

Let us know your favourite track from the album at @CelebMix!