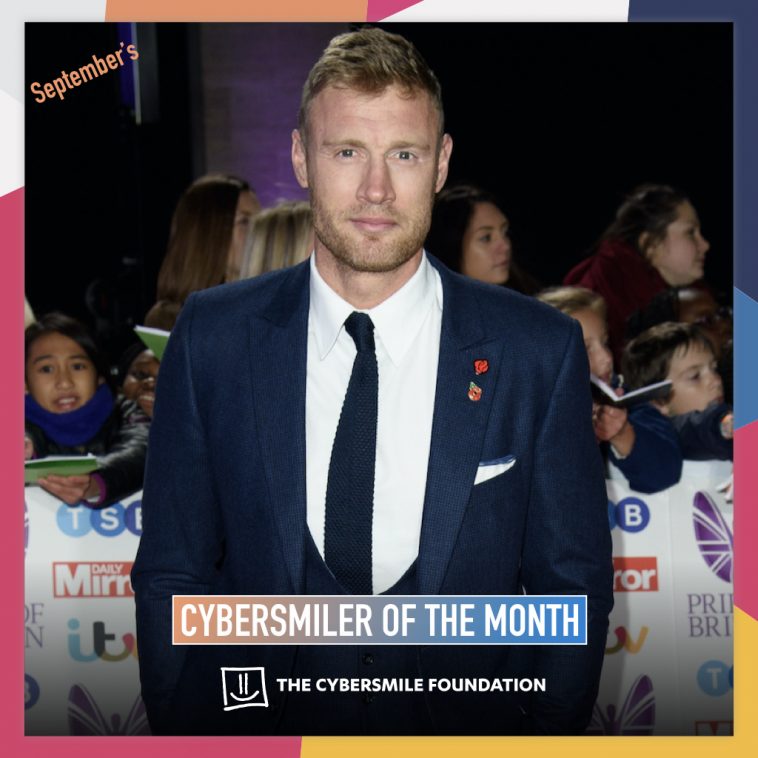 Retired cricketer and Top Gear presenter Freddie Flintoff has been awarded a Cybersmiler of the Month award by Cybersmile, a leading charity which educates and helps with cyberbullying and strives to make the internet a kinder and more inclusive place where everyone feels safe.

Freddie has been given the prestigious accolade for speaking up about his own personal experience with an Eating Disorder.

Please note that the rest of this article contains information that some readers may find upsetting.

For 20 years Freddie has lived with Bulimia, an eating disorder which is characterised by bingeing food and purging.

Experts estimate that at least 1.5 million people in the UK have an eating disorder like bulimia, of which 25 per cent are male. Yet, in this country, eating disorders are still viewed as an illness that mainly women suffer from. As a result, boys and men with eating disorders most often live in silence.

It’s a stigma and misconception that Freddie is hoping to dispel and encourage more men to speak about their experiences with eating disorders and mental health which is why he has filmed an extremely raw and honest documentary with the BBC, Freddie Flintoff: Living With Bulimia.

Having watched the documentary and previously done a lot of coverage on eating disorders, we at CelebMix applaud Freddie for his bravery and honesty in speaking up about something so personal. The journey he goes on within the documentary as he realises there is far more to the disorder than purging. It’s an emotional but inspirational watch.

We hope that encourages more men to be open about their struggles with eating disorders so they can get help. And we cannot think of a more worthy winner of Cybersmile’s Cybersmiler of the month award for September.

If you have been affected by anything in the article, then please talk to someone, or seek help from BEAT (UK) ANAD(US).