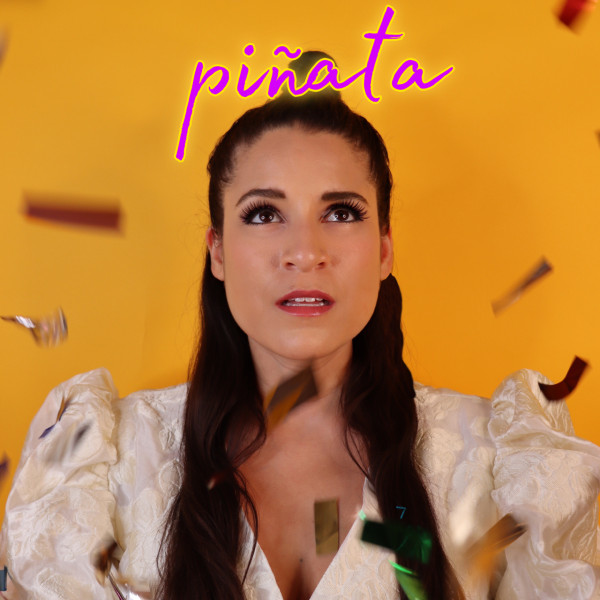 After going through a second cancer diagnosis this past year, her upcoming EP, Ginita, echoes a dream-like atmosphere of strength and vulnerability.

Baez’s creativity finds expression through her innovative sound, amalgamating flavors of pop, country, and folk into music conjuring up suggestions of Sia melded with Taylor Swift.

Baez’s vocals, at once indulgent and cashmere, infuse the lyrics with delicious wistful timbres as the intertwining leitmotifs form sumptuous layers.

“Never felt so amateur winning an honor / Never felt so ashamed receiving an offer / Put my trust in your hands / Had my heart on a string / I was left unaware / When you hung it all from the ceiling/ Dangling by a string / Poor piñata / Spin around / Take a swing / You’re unbothered / This was supposed to be my party / Now I’m bleeding crimson colored confetti / Poor piñata.”

Simultaneously poignant and memorable, “Piñata” trembles with the emotional susceptibility of the haunting, allusive voice of Gina Naomi Baez.