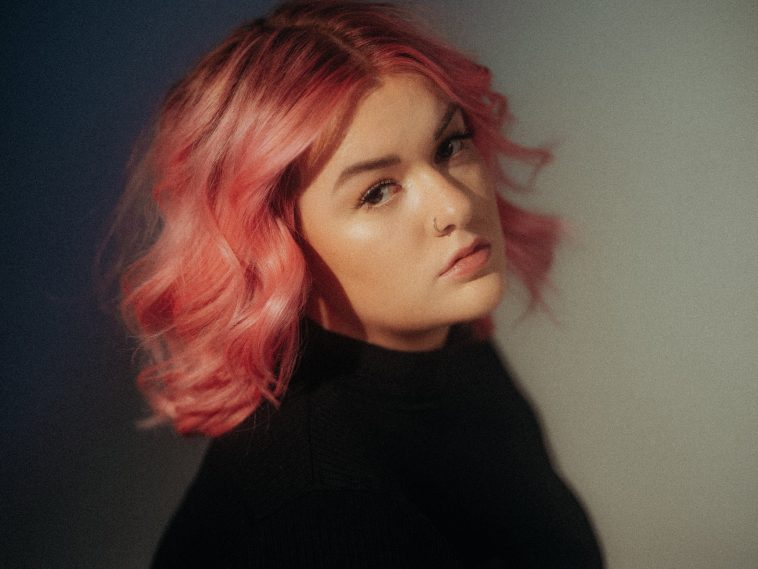 The four-track EP is a powerful and emotive collection which perfectly showcases Grace’s impeccable songwriting ability and captivating vocals. Co-written between the UK and Sweden alongside Lauren Aquilina, Adam Argyle, Duck Blackwell, Andrew Jackson and producer Elias Kapari, the EP includes the previously released ‘Invisible’, ‘Addicted to Blue’ and ‘Amsterdam’, in addition to her anthemic new release ‘Just A Girl’.

Whilst the EP in its entirety is a work of art, the latest track ‘Just A Girl’ is particular favourite of ours. Packed with fierce lyrics and plenty of attitude, ‘Just A Girl’ is the triumphant anthem of empowerment for any girl who’s ever been put down or silenced.

But I won’t be quiet, I’m gonna breathe fire,
You’re never gonna drown me out, never gonna push me down,
It’s time for a change, cos you’ll never hear me say that I’m just a girl

A music video for ‘Just A Girl’ has also been released, and was directed by award winning director Kate Cox during lockdown. Despite the limitations, the end result is incredibly uplifting and perfectly embraces the message of the song.

Speaking about the video, Kate said: “When lockdown happened around the time we were due to shoot ‘Just A Girl’ we stepped into uncharted territory of remote shooting. With us all feeling confined and creatively frustrated JAG became a call to prayer for me, nurturing my talent to show the multifaceted nature of being a woman today.”

Friends With The Tragic further cements the fearless songwriting and haunting vocals which Grace first showcased as a contestant on The X Factor UK back in 2017. Finishing in runner up position, the multi-talent broke boundaries by performing original material during her time on the show, and since then her fans have been eager to hear more. Her debut EP does not disappoint and is hopefully just a taste of what’s to come from this rising star.

Friends With The Tragic is available to stream now.

What do you think of Grace Davies and her debut EP? Let us know on Twitter @CelebMix