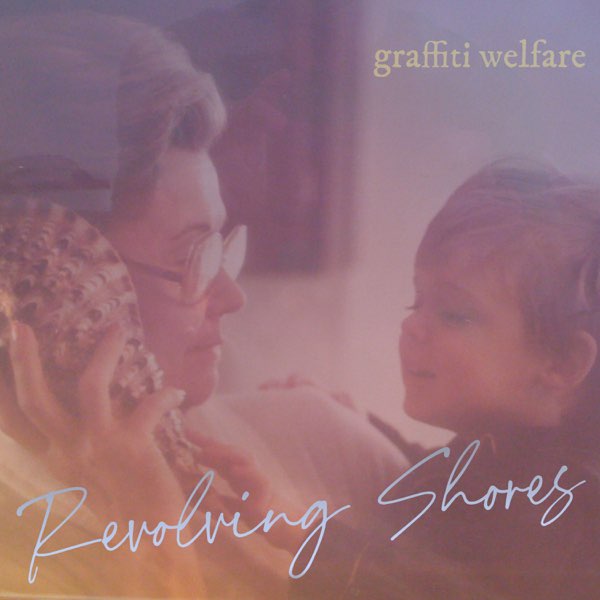 Released last month, Revolving Shores by Graffiti Welfare mixes alternative electronic sounds with relaxing meditative feels that bring this abstract sensation that is sure to attract listeners and makes us want to hear more. This album drop follows up the third single taken from this album, titled “DejaBlue”.

Graffiti Welfare is an Austin-born, Denver-based artist, who made his debut with the release of his EP, Into the Soul of Space, in August 2016. He moved to Colorado for grad school which is when he also dropped his debut. Working in his home studio, this debut volume of tracks is a five-year project in the making, and the traction he has gained from his EP has not only built his own bedroom artistry inspiration but has also built his followers and listeners. Having made an impact with Into the Soul of Space, Graffiti Welfare was noticed by the indie Italian record label, MilleVille Music, which is currently promoting and distributing his music across Europe.

Self-produced and recorded in his home studio, Revolving Shores is a 10-track LP which was later mastered by Wheelhouse Studios. The album artwork features an image of Graffiti Welfare’s late grandmother and his oldest brother in a cute interaction which sees the young child hold up a shell to his grandmother’s ear. Connection is clearly key for Graffiti Welfare with the album cover relating to the title of the LP, and the title reflecting the tranquil expressiveness found in the tracks. Trippy textures flick over glitchy electronic rhythm and snippets of vocals that bring a humanistic warmth to the dynamic pieces.

The opening track “To Be It” features vocals from Alan Watts who adds a spoken word spirit to the calming beat that has band-infused chords throughout including a guitar riff and drum beats. It opens the album up nicely, enticing the listener on this anxious coming-of-age journey. The lead single “Just Follow” is the second track, bringing a commodity of space ingenuity and shimmering dissociation with the rhythm – as a small track, it really makes an impact. Various other imaginative tracks follow with the likes of “DejaBlue” and “Synesthesia” which have blissful melodies filled with out-of-the-box electronic beats. This is in contrast with tracks like “Volume” and “Missing the War” which bring sweet feels mixed with an unmistakable grit. “Good News” and “Nothing Ever Changes” relaxes the mind and totally stand out on the album. All styles of music are referenced throughout – just like how different shores have different sounds and feels – piano chords are heard in “Echoes of Our Sound” whilst techno is clearly the inspiration behind the last track “Seashell”. This is a mix of tracks that shouldn’t work together and yet they all link and bring something new to the table.

Talking about the album, Graffiti Welfare said: “‘Revolving Shores’ grew out of the feeling of helplessness as my childhood faded and grandparents passed away while I was coping with coming-of-age anxiety. By day, I was trying to finish my thesis and escape the clutches of graduate school with my sanity intact. By night, I was trying to make sense of it all by recording something sincere, unique and tangible. Each track layers a lucid perspective onto the last, guiding a quiet meditation towards the unknown, before returning to waking life. Rinse, float, repeat – cause who knows where you will wake up next?”

Let us know your thoughts on “Revolving Shores” by Graffiti Welfare on Twitter @CelebMix.