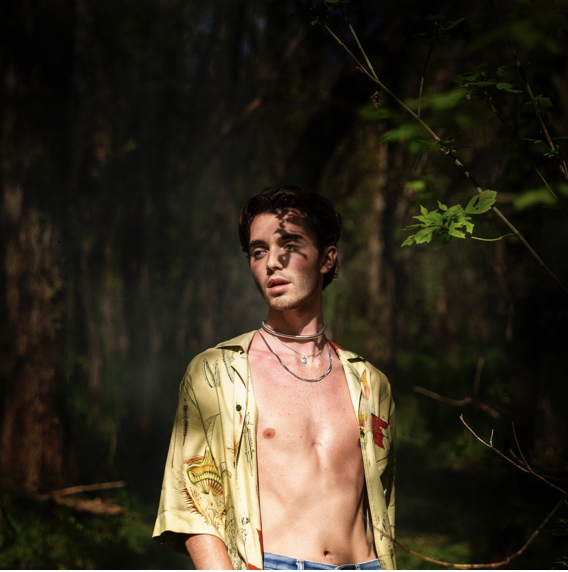 Greyson Chance has released his latest single ‘Honeysuckle‘. It’s the follow up to “Dancing Next To Me” which was the first single to off Greyson’s upcoming album, which has been produced by Teddy Geiger.

Honeysuckle features raw and honest lyrics with a catchy beat, you will be singing along by the end of your first listen.

“Honeysuckle’ is inspired by my own personality changes from the summer to the winter. Every year, I notice a larger difference within myself as the season changes. In the colder months, I am more reserved and more timid, while in the heat, I embrace a carefree energy. I wanted this song to represent that change between unsure and sure, between shy and outgoing, between guarded and free. It reminds me of my teenage years anytime I hear it, and it makes me feel nostalgic. I hope it does the same for the listener.”

Greyson became a public figure after an unforgettable performance of Lady Gaga’s “Paparazzi” was viewed by over 60 million people on YouTube. Greyson came out publicly in 2017 and uses his platform to be a resource and champion for others in the LGBTQ community.

He signed with Arista Records, a division of Sony Music Entertainment last year, Greyson wrapped his portraits headlining world tour in early 2020, where he performed across North America and Europe. Throughout the tour, he partnered with The Ally Coalition in support of the LGBTQ community.

Let us know your thoughts on Greyson’s latest release on @CelebMix!