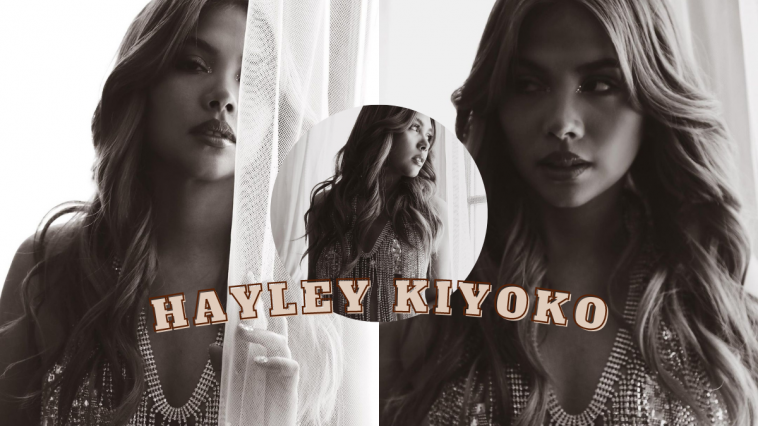 Trailblazing 31-year-old pop star Hayley Kiyoko debuted a sensational and snazzy music video for her head-bopping, empowering summer anthem, “For The Girls,” about two months ago, and since then, we’ve been swaying, swarming, humming and bouncing our heads to the song.

It’s a powerful mission statement that serves as a bass-boosted celebration of women—their strength, their beauty, and their vulnerability. Co-written by Hayley Kiyoko, Marcus Lomax, Michelle Buzz, and Oliver Peterhof, “For The Girls” will feature on the singer’s upcoming studio album, PANORAMA, after four long years. It features alongside her other hit singles and fan-favorites including, “Chance,” “deep in the woods,” and “Found My Friends.”

“For The Girls” heralds the arrival of Kiyoko’s much-awaited album, PANORAMA, due everywhere via Atlantic Records on Friday, July 29. Download/Stream “For The Girls” on all the digital streaming platforms available worldwide!

“For The Girls” is a celebration of being a woman. It’s a heartwarming anthem that celebrates love, highlighting the strength, beauty, and vulnerability. The accompanying music video was directed by the songstress herself that reflects that celebration with a sense of humor and an expansive take on whose romantic story gets told.

Hayley said “I wanted to give representation to all of us searching for love while not taking ourselves too seriously. Being surrounded by queer people of many different gender identities and making art that feels relevant to us was the greatest gift.”

Recently, Hayley Kiyoko appeared on the latest installment of Vevo Footnotes along with her girlfriend and “For The Girls” co-star Becca Tilley. Becca Tilley rose to fame when she appeared as a contestant in the 19th season of The Bachelor and was the runner-up. She later returned for the 20th season of The Bachelor. The singer took her fans behind the curtain of the self-directed official music video and discussed the creative process and concepts that inspired the reality show-themed music video. The duo also discussed its ultimate personal impact on their own private lives.

“For The Girls” is a reminder of how resilient this community is and how strong and confident one feels being their authentic selves together. No matter how you identify or who you love, this summer bop will make y’all feel sexy and empowered.

Talking about her songwriting process, Hayley said she is a percussionist at heart, so when writing a song, she likes to start with the beat and then the melody, with lyrics coming last. But how did Becca Tilley become part of the video—an actual contestant who became part of an amusing spoof? “When we were brainstorming the video concept, Becca Tilley was really supportive of the idea of creating a ‘Bachelor’ spoof, and then it just made sense for her to be part of the cast!”

Hayley wanted the music video to feel natural and unscripted. So she let the cast just do their thing, which made it so funny and true to the essence of the show. “It was so much fun because I didn’t tell the cast who was playing who, so everyone’s reactions were genuine when the drama unfolded, she said. “We had to keep reminding people to be quiet because the entire crew was dying laughing throughout the shoot.”

“We really tried our best to squeeze as much as possible, even extending the actual song to include the really funny parts with the contestants.” Kiyoko chuckled, “I wasn’t planning on using the audio from the cast, but it was too fun not to!” Well, they appeared to have a wonderful time at the video shoot. It’s too hilarious to miss out on, so if you haven’t seen the behind-the-scenes video yet, check it out below.

But how’s the experience of shooting on the actual set of The Bachelor? Well, no one better than Becca could answer it. “The Bachelor never stops rolling; there are no ‘cuts’ or scripted moments; it’s all just happening. But music videos are fast-paced; Hayley is directing me and people (are) yelling “action”—I think I was more nervous shooting this than being on “The Bachelor.”

2:50 “Becca Tilley and I didn’t start out thinking this song or video would be the way for us to share our relationship publicly, but as the video came together, we both felt like the timing was right.” — Hayley Kiyoko

We are absolutely jamming to “For The Girls.” What about you? Are you excited about the forthcoming album?