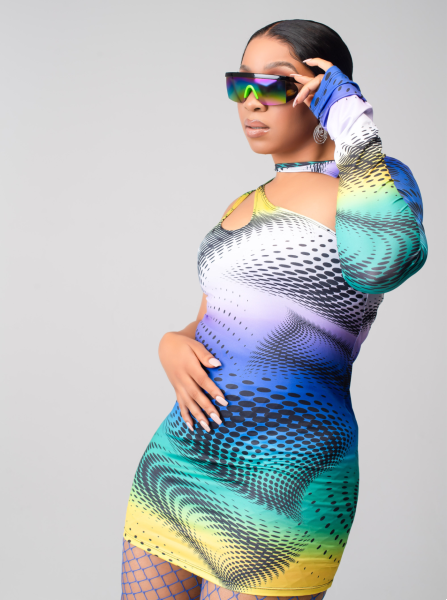 After spending the past few years pursuing her acting dream and making a name for herself in the second largest film industry in the world, Nollywood, with starring roles in films such as Three Thieves (Netflix) and Dark Room, British Nigerian singer, songwriter, and actress Lucianne (formerly known as Luci Monet) is back and excited to kick off 2022 with some new music under her own newly formed independent label RIV Records. The exciting new afro-R&B single from the East London native is titled “More” and is the first taste of Lucianne’s forthcoming comeback EP titled Becoming.

CelebMix caught up with Lucianne to find out more about the person behind the music and the inspiration for “More.”

“More” is inspired by a real-life experience I have been through and what I think many others are still going through with so much of our social lives being online. It is about a person who is really into someone who she sees online, whether it’s Insta, WhatsApp story, Facebook, LinkedIn, whatever it is, and she just knows that if she was to ever have the chance to have him in her life then it’s game over. But she only really sees him online and is yearning to take it offline and have a proper conversation and show him that she is the one for him because she’s been right there supporting and loving on him from a distance for such a long time. Now she needs more than just that.

What’s your definition of tone?

Has your tone changed over time or is it pretty much the same?

I definitely think that my tone has evolved, I have learned to embrace different vocal textures that I have developed over the years and my ability to change the strength and energy of my vocals have also enhanced as I’ve worked on my craft.

I was about 8 years old, and I actually thought everyone could sing, I didn’t know that I had a special talent until we went to a family friend’s house, and she started singing. Everyone there was like “oh wow you can really sing, your voice is so ‘mazing” and in my head, I was like ‘but wait, I can do that too.’ Then I sang and they were like “oh wow you’re so good too” lol. That’s how I found out that what I had was actually a gift and not everyone has it. That was all I needed to start pursuing music, just that knowledge of having a gift that other people did not have was what sparked my love and interest in music.

Destiny’s Child, Beyonce, and Mariah Carey for sure.

An African artist called FireBoy DML is really standing out for me right now.

I am inspired by every single thing that I come across, mainly experiences that I have been through, or close friends have been through. I am inspired by art; I see art in most things; the sound of the raindrops or the way the birds play in the trees is all art for me and it’s beautiful and natural and it inspires my writing especially when thinking of metaphors. If I had to say just one thing that inspires my writing, it would be my purpose. I believe the reason why I am on this earth has something to do with the talents I’ve been given. The fact alone that I was born with this ability to sing without asking for it is the main inspiration behind my music.

You’re multi-talented, too, with a burgeoning acting career. If you had to choose between music and acting, which would you pick?

Definitely music, I get to express myself through my music. I choose what I write about, I choose the melody and I choose the delivery but with acting its usually a script I have been given so I am acting out someone else’s idea and someone else’s character which is still pretty awesome but cannot compare to the joy you get of creating something, sharing it with the world and then having an audience sing your song back to you. In saying that, I am actually in the early stages of writing my own script for a movie, I would love to eventually create my own movies and films but just starting with scriptwriting for now.

I have a string of great singles lined up throughout the year, my fans are in for a treat I can assure you! My debut single ‘More’ is coming out on the 2nd of February and once that drops my fans can expect back-to-back releases of great music. I’m so excited to share my growth, my sound, and everything I have been working on with my supporters. Definitely hoping to secure some live gigs as we get into the year, so let’s see what happens