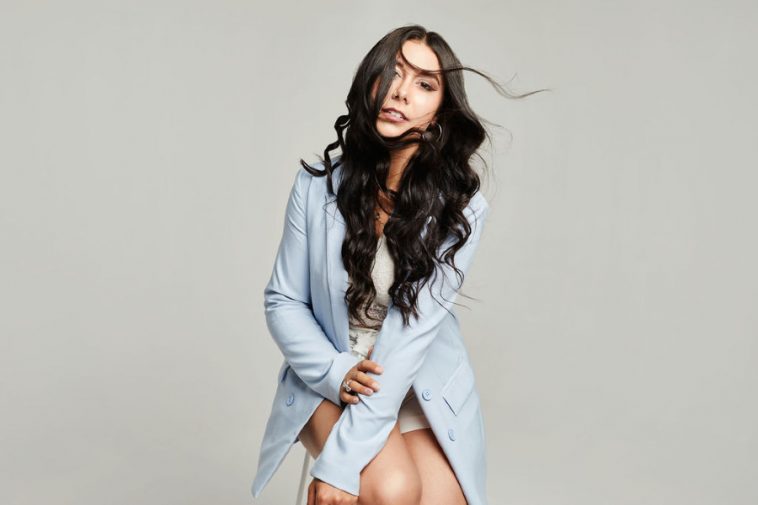 Talking about the track, Shantaia shares, “‘Broke to Brand New’ is one of my favorite songs I’ve written so far. The chorus poured out of me one night after leaving a gig in Nashville. I just sat down in my dark living room and wrote it in a matter of 2 minutes. The next morning it was so stuck in my head, so I sent it to my friends Ryan Sorestad, Brittany Knott, and Guy Taylor Nash, and they flipped over it. A couple of weeks later we finished the song and listening to the stripped-back demo Britt and I created, we all teared up and knew we got something special. Since then, it’s evolved into such a fierce power anthem, and I’m so excited for everyone to finally hear this jam!”

Shantaia will be touring Canada this year, along with The Washboard Union as part of Cavendish Beach Music Festival’s Road Back To Cavendish Tour.

Having amassed more than one million streams, Shantaia has shared the stage with Kane Brown, Chris Lane, Ryan Hurd, Emerson Drive, and Charlie Major, as well as performing at Nashville’s Whiskey Jam, The Listening Room Cafe, Americana Fest, Cavendish Beach Music Festival, and Dauphin’s Countryfest. In addition, she won the SCMA’s Award for Emerging Artist of the Year.

CelebMix caught up with Shantaia virtually to discover more about the person behind the music, her start in music, her influences, and her writing process.

This is so hard! But right now I would say my guitar, my apple watch, and makeup.

What inspired your new single, “Broke To Brand New?”

One night at a gig I heard someone say this new truck they bought was old and broken, but it was new to them. The title popped into my head, and I went home late that night and wrote the chorus in a matter of 5 minutes! I sent it to my co-writers and we finished it the following week!

My parents put me in singing lessons when I was 3 years old, piano when I was 5, and guitar at 6. I owe it all to them that I got my start in music!

Growing up, Martina McBride was my biggest influence, and currently, I turn mostly to Maren Morris for musical inspiration! I love her writing and her style!

I mostly draw from personal experiences, but I also really enjoy writing like I’m an actress in a movie. From someone else’s point of view! I definitely pick up lines or ideas when watching TV or movies, which is always super fun!

It changes every time; sometimes it starts with a title/hook, or sometimes a melody and the music! I like writing both ways! I write often with the same people because we already have a bond/relationship that works and it shows in the songs.

You have a unique sound. Did it develop naturally over time, or did you push it in a certain direction?

Thank you! My sound has definitely developed naturally over time! Listening to pop, country, etc., has helped me create my own sound!

By staying true to what I want to create! I think if you try to keep up with what other artists are doing, you’re always going to be behind and doing something that you don’t really want to be doing!

I am loving Lauren Weintraub right now! She’s a killer writer with cool, hooky melodies! I’m also so excited for Tenille Arts and can’t wait to see what she does this year!

Lots of new music!! I can’t wait for all the singles to come out, along with music videos, show announcements, and so much more! Let’s make 2022 the best one yet!