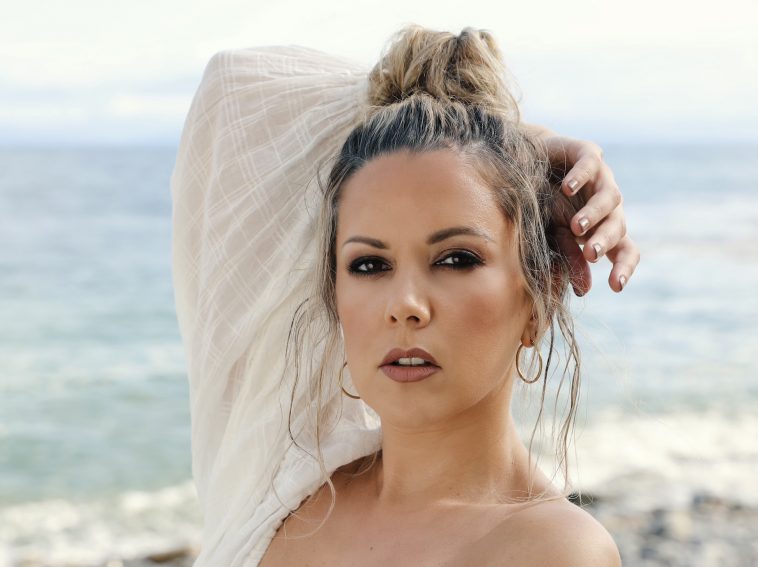 London born and bred and now Los Angeles based singer/songwriter Jenny JAM has just shared her new single and accompanying visuals for “My Letter To You”. The heartfelt single follows the romantic track “Our Love Is Sweet Forever” released earlier this year.

“My Letter To You” is an intense and sad family story of a daughter trying to find connection with her father in his last days. Jenny JAM confides the song “is a ballad about a response to an unexpected, hurtful letter sent by my late father, before he passed away from lung cancer in 2014. I wrote to him from London (where I was living at the time) but he died before he was able to properly read it and I never heard back. The lyrics depict the hurtful, unexpected words written to me and my strength to overcome the pain, describing the words I wish I could send him from where I now live, Los Angeles.” The heartbreaking and cinematic music video shows Jenny JAM taking the same journey the letter took to try and reach her father. From California to Arizona, New Mexico, Texas, Louisiana and ultimately Florida, JAM travels a long way but arrives too late to read what she wanted to say to her father. Featuring emotive dark piano chords under soulful vocals that quiver with emotion, “My Letter To You” is an alluring and captivating song of loss.

Jenny JAM started releasing her own songs in 2019 drawing inspiration from a series of traumatic events she experienced. Her music blends soul, pop and Jazz for a lush sonic blend. “My Letter To You” is also set to be released with an NFT created by Oscar, Academy Award and Golden Globe Winning artist Tyquane Wright.