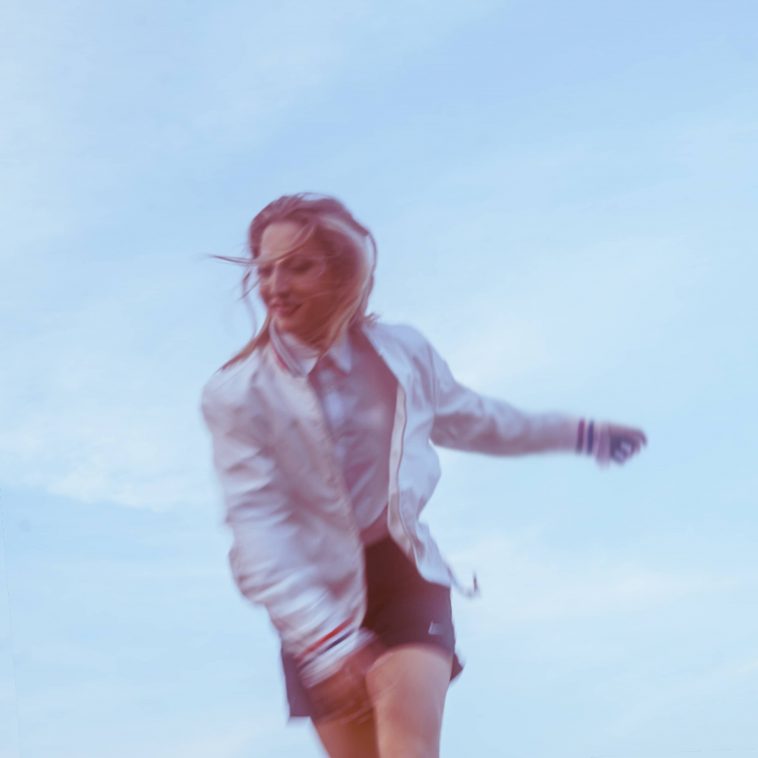 Dropping her sophomore EP is Jenny Kern with “Your Heart Knows”, a five-track EP that allowed her to be honest and open with herself and be truthful about love. It’s a magnetic set of tracks, sure to inject inspiration and dream-like thoughts, with this beautiful singer-songwriter destined to invite her listeners to also be candid with themselves. This follows up her single “Miss Somebody” which acts as the final track on the EP.

Jenny Kern is a Canadian-born Brooklyn-based indie singer-songwriter who originally started out as a Page for NBC, before going on to work for acclaimed filmmakers Noah Baumbach and Greta Gerwig and eventually becoming a producer in the film and television industry. She decided on a career change in 2018, pursuing her passion of music. She dropped her debut single “Slow Burn” the following year, gaining critical acclaim and racking up nearly half a million Spotify streams. Her most-streamed track, to date, is “Now We Know”, which has almost reached a million Spotify streams and was used in season 10 of the MTV reality show Teen Moms 2, with many of her other songs also being used in the CW’s Charmed reboot and ABC’s The Rookie. Jenny Kern is proving to be a global rising star, and this EP continues to showcase her in the best light. We can’t wait to watch her music career blossom.

”I think most people assume that my music skews toward lyrical sadness but I always try to inject a hopeful undercurrent to it. I want people to feel like there’s hope and just because something feels heavy doesn’t mean that it’s going to be that way forever,” Jenny Kern said about her music. “[‘Your Heart Knows’ is] about being open and honest with yourself, trusting how you feel and looking inward at what you really need. Mostly I wanted to create a record that looks at the beauty and the heartbreak of a failing relationship. The ups and downs of that process. Even though you experience heartache you can also recognize the special moments and see how you evolve as a person throughout it all.”

She continued by saying: “Creating this EP really helped ground me in understanding who I am and what I need from a relationship. It was also such an amazing experience to explore more pop-oriented sounds with my producer Carson Cody and create something with a more hopeful undercurrent. Ultimately, I want to be proud of the music I’m making and I want it to be meaningful to people. I hope listeners hear the EP, feel understood and are encouraged to be more present in their life.”

Stream “Your Heart Knows” by Jenny Kern on Spotify here:

“I Need You” starts off this EP in an impactful way grabbing the hearts of the listeners with pure emotion and gritty need mixed into a dreamy-pop sensation with synths and beats. The chorus delves deeply with Jenny Kern determined to make you feel every single word through her controlled and powerful vocals. She follows it up with “Feel It Again” which is a dreamy-pop ballad that launches into an upbeat chorus that infuses strength with Jenny Kern questioning herself and if she’ll ever feel love again.

The middle track of the EP, “Resistant”, is a statement piece that showcases her versatility and vulnerability. She lays out her insecurities throughout the lyrics with the mid-tempo tranquil rhythm of beats emphasising every word she’s singing. “I Should Lose You” is next on the EP, “Your Heart Knows”, and it’s one honest proclamation of how she’s been feeling about her relationship – and it’s heart-wrenching, to say the least, as she states she no longer feels the same way about her partner as she used to, and in doing so she wants to end the relationship. Jenny Kern is candid throughout this song with unstoppable lyrics wrapped around an upbeat pop song that you can’t help but love. This track is one that will strike a nerve in the good people in the world who have had failed relationships due to their then-partner deciding they no longer love them, but also give some closure and reasoning, whilst also being highly relatable to the people on the other side of that scenario. It’s an epic song that’s truly unforgettable.

The last track is “Miss Somebody”, which was previously released as a single prior to the release of this EP “Your Heart Knows”, and it’s an incredible way to finish the EP off. Jenny Kern impresses with her dreamlike vocals paired with the imaginative backing track, creating this warped trance-like mood, as the lyrics delve into the past and her previous relationship and missing that person. What a way to end the EP, closing out the project being genuine and daydreaming of what was, what could’ve been.

“Your Heart Knows” by Jenny Kern is available to download and stream right now. It was produced by Carson Cody, whilst Jenny Kern wrote the first three tracks, solely, and co-wrote the fourth with Susanna McCollum, and the fifth with Jacob Morris and Nora Bart. Make sure you check out her other releases on Spotify.

Let us know what you make of “Your Heart Knows” by Jenny Kern on Twitter @CelebMix.