At a special fan event promoting the first film in the Harry Potter spin-off series Fantastic Beasts and Where To Find Them, due to be released in the UK next month, author turned screenwriter JK Rowling announced that franchise had been expanded from the previously planned trilogy, with two sequels being recently confirmed, to a franchise consisting of five films.

The film, which stars Oscar Winner Eddie Redmayne as Magizoologist and Hogwarts-alumni Newt Scamander on a magical mission in 1920s New York City, is written by JK Rowling, the other behind the 7 original Harry Potter books. Both Rowling and Redmayne confirmed they would return in their respective roles for the two sequels, but there has been no official confirmation that the in demand pair will return for films 4 and 5.

Rowling broke the news at the end of the fan ever, though quickly took to Twitter to dispel rumours that it implied that there could be more to follow!

Before Harry Potter. Across an ocean. A new world of magic awaits! #FantasticBeasts pic.twitter.com/rwB9FwHSPq

Aside from sharing the above, previously unseen footage of the film (including behind the scene excerpts), Rowling also hinted that the beloved Harry Potter character Albus Dumbledore might make an appearance, or at least be discussed, in future films; we’ve already seen one snippet of a mention of the mighty wizard, with an unseen character mentioning his name in relation to Newt Scamander during the first trailer, and a mention of Gellert Grindlewald, the dark wizard with whom Dumbledore struck up an unlikely friendship that ended in a mighty duel as revealed in the final Harry Potter book, in the second trailer. Further hints about the spin-off films connection to the original was recently discovered in the poster, in which a Deathly Hallows necklace could be seen behind one of the characters. The Deathly Hallows symbol was a stalwart of the final two films and the last book, and once again has a connection with both a young Dumbledore and Gellert Grindlewald. 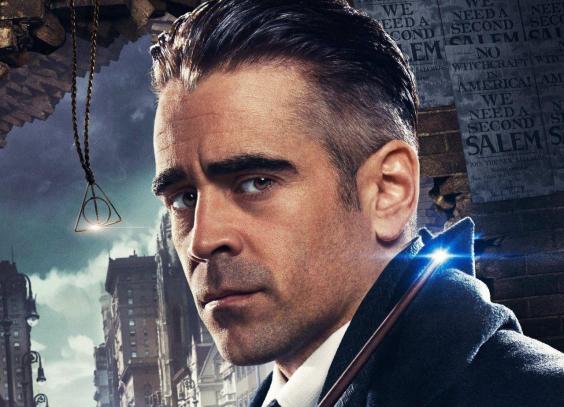 The 4th and 5th film in the new spin off franchise have yet to be given a release date, but the first Fantastic Beasts will hit screens next month, debuting in UK cinemas on 18th November.

The films second trailer is available below.