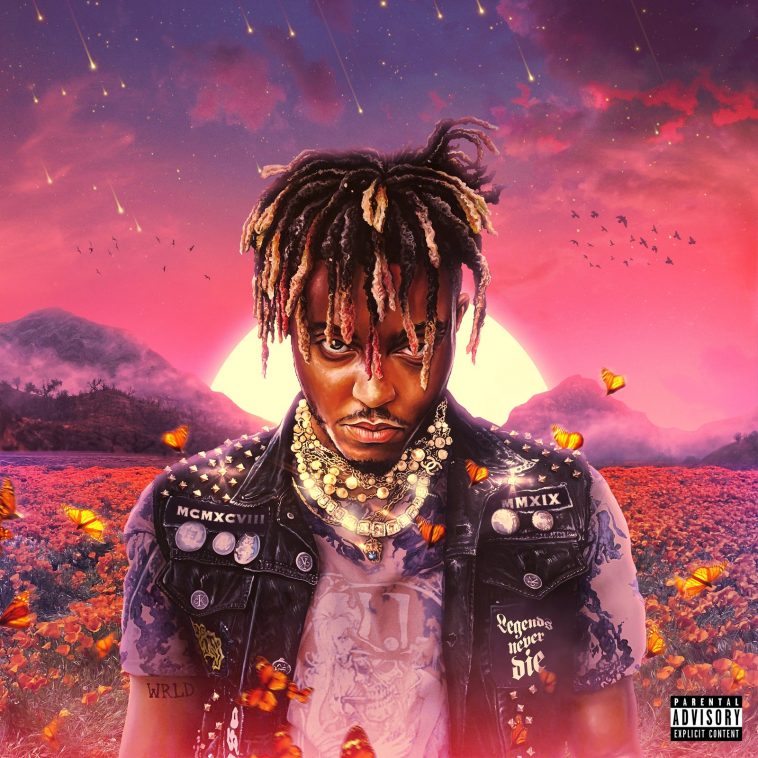 On July 6th, Juice WRLD’s team dropped the music video for ‘Life’s A Mess’, a collaborative single between Juice WRLD and Halsey. The song follows the release of ‘Righteous’ and ‘Tell Me U Luv Me’ which were dropped on April 24th and May 29th, 2020 respectively.

The artist’s posthumous album ‘Legends Never Die’ is set to be released on 10th July. The record will be the third studio album from the artist who garnered massive acclaim after the release of ‘Lucid Dreams’.

Produced by Rex Kudo and Charlie Handsome, the single talks about loneliness and one’s lifelong yearning to find true love. ‘Life’s A Mess’ might sound melancholic at first listen but it conveys hope for everyone to one day, find people who will make their lives more fulfilling. The music video shows David Garibaldi painting a portrait of Juice WRLD and Halsey together which can go on to symbolize the ‘coming together’ of their personal experiences and insights from both of the writers for the project.

After the music video was revealed, Halsey shared a message for the late artist on her Instagram account:

“Juice was one of the greatest people I have ever known, and one of the most brilliant artists we will ever live to witness. A true genius who had lyric and melody spilling out of him without any second thought or hesitation. And a beautiful soul who believed in spreading love and creating a community for people to feel less alone. It means everything to me that I could be a part of this album. I cried the first time that I heard it. With all the love in my heart , #lljw”

‘Legends Never Die’ will comprise 15 songs ‘that best represent the music Juice was in the process of creating’. Here’s the teaser: