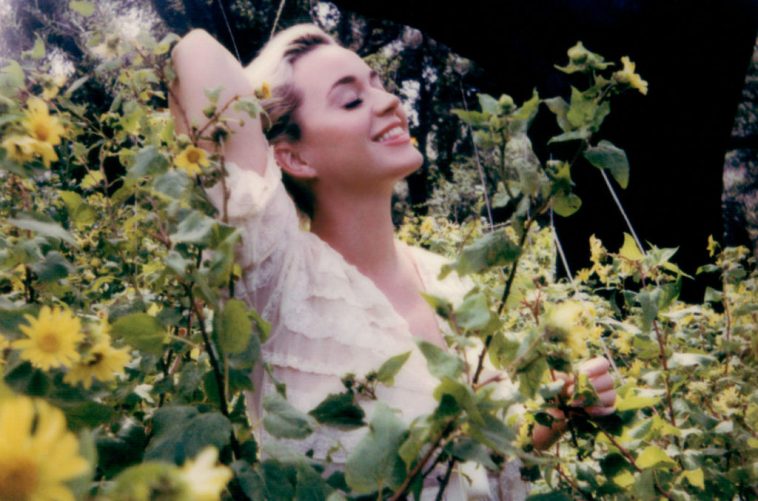 Katycats! A new Katy Perry era is officially upon us! Today, (Friday May 15th), the singer has released “Daisies,” the lead single from her highly anticipated fifth studio album.

About the song, Perry explained in an Instagram post that she wrote it a few months ago. “Daisies” is about a ‘call to remain true to the course you’ve set for yourself, regardless of what other may think.’

She added that this song has taken on a new meaning, especially now, in the midst of this pandemic.

Alongside the song, Perry released a beautiful music video where she can be seen standing in her backyard in daisies wearing a beautiful white dress. She is finally wearing white and getting it right.

The “Never Worn White” singer showed off her growing baby bump and trekked through rocks and waterfalls. She mentioned that they had other plans for the video but had to pivot a bit due to the circumstances.

“Daisies” sort of resembles the tune and feelings of her song “Uncondtionally.” It is a complete 180 from her Witness era which talked about politics, the hurt in the world, and the lows, while this era seems to be all about love, dreams, and peace.

Perry also announced she would be crashing fans’ Zoom Watch parties, so she could watch with them and see their reactions.

IN 24 HOURS, I want to be crashing your #Daisies Zoom watch parties ?? Download some backgrounds and send me your party info at the link in my bio and I’ll try to buzz through ? ??

The song was rumored to have featured Taylor Swift after she posted cryptic social media posts, but it did not happen this time. Hopefully, there will be a Katy/Taylor collaboration in the near future because we really need it.

Her album is rumored to be released on August 14th via Capitol Records. She is certainly going to have a jam packed Summer.

Perry will perform “Daisies” for the first time this Sunday on American Idol. Be sure to tune in!

We are so excited that Katy Perry is back and inspiring us to follow our dreams. This new era is going to be amazing.