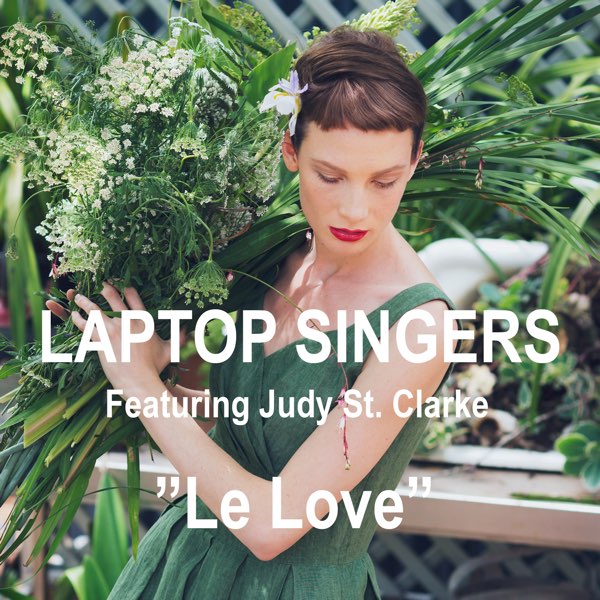 We have a new single release from Laptop Singers, titled “Le Love”, which takes us back to the ’60s with a ’00s Britpop-rock twist, all flared around an electro-modern club sound, with awesome vocals coming from Judy St. Clarke. This follows up Laptop Singers’ previous single release, titled “Are You Ready For Love?“

Laptop Singers are a Swedish duo consisting of brothers Lars and Per Andersson, who have played together in Swedish pop bands for the last 30 years. This project between the brothers began in 2019 deciding to twist up a classic pop sound and make it modern with electro and modern dance. They record and produce all their music in Gothenburg, Sweden and are setting up to release a brand new album very soon, titled “Laptop Singers and Friends”, and then they plan to follow that up with their fourth studio album “Electric Ballads” in early 2023.

Written by the brothers, “Le Love” clashes various styles from diverse decades that on-paper shouldn’t work at all, and yet, Laptop Singers have outdone themselves with this awesome track. It’s a total throwback to the swinging sixties with that era of French-pop mixed in thanks to Judy St. Clarke’s stylish and honey-sweet vocals. Mix all that with some ’00s Britpop and rock full of incredible guitar and drum chords and unforgettable a solo instrumental segment, then twist it around an electro-pop sound with club vibes and synths, making this groovy – and we’re not even close to describing this track. It’s one we can and will listen to on rotation for the next few weeks, There’s even a slight country-esque vibe to it thanks to Judy St. Clarke being Nashville-based, it’s hard not to bring country when you’re based in Nashville. This is an incredible track, and quite possibly Laptop Singers’ best track they’ve released, to date; if you’re anything like us, “Le Love” will hook you the minute you press play and you’ll listen to it again and again, just like we are right now.

Talking about the track, Laptop Singers said: “This song is inspired by listening to lots of French music, both old classics from the ’60s, like Francoise Hardy, and new French indie pop like Bon Entendeur and L’Impératrice. It’s an uptempo, guitar-based song about youthful energy, love, and confusion right in the middle of 2022!”

“Le Love”, which is possibly the best song that Laptop Singers have released, to date, is available to download and stream, right now. Expect their new album, “Laptop Singers and Friends”, to be out in the next few weeks, which is set to be followed by their next single, “Eternal Life”, due for release in December 2022 and their next album, “Electric Ballads”, in early 2023.

Let us know what you make of “Le Love” by Laptop Singers on Twitter @CelebMix.