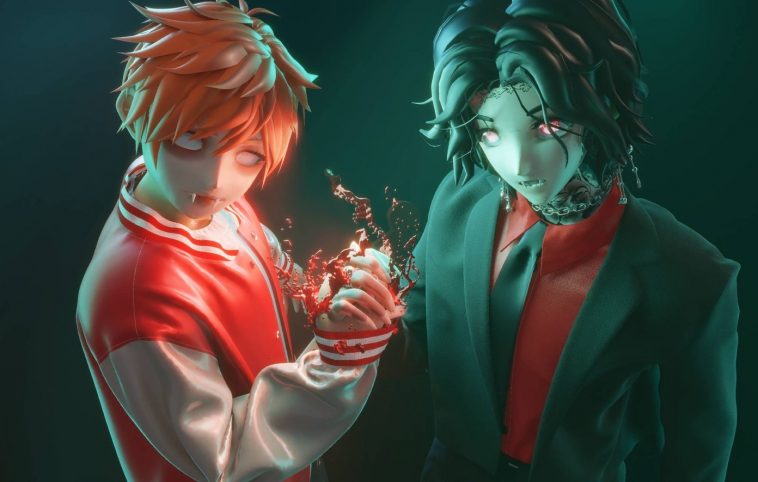 After breaking the internet with their BRIT Awards performance last week, Ed Sheeran and Bring Me The Horizon have dropped the studio version of the ‘Bad Habits’ remix!

Earlier in the week, Bring Me The Horizon frontman Oli Sykes and Ed Sheeran teased fans by posting a Facetime call discussing the demand by fans to release a studio version of the reworked banger.

Produced by band members Oli Sykes and Jordan Fish, the Bad Habits remix turns the dance-pop tracks into a rock banger, with the cherry on top being Oli Sykes’ signature growls and clean/fry screams. On paper, Ed x Bring Me The Horizon should not work, but the remix is such a fresh take to the song, it is kind of perfect.

Ed’s original version of his comeback single spent 11 weeks at the top of the Official Charts, becoming the longest-running Number One in the UK of 2021. The song has surpassed 900 million streams thus far, and is certified triple platinum in the UK for amassing over 1.8 million units sold and streamed.

Meanwhile, Bring Me The Horizon are gearing up for a very big year. Hot off their sold-out UK arena tour in 2021, the band will be closing the NME Awards on March 2nd, hosting their own festival in Malta during the spring, and headlining Reading and Leeds festival in late August.

For all the latest on your favourite celebrities, make sure you’re following the CelebMix account!