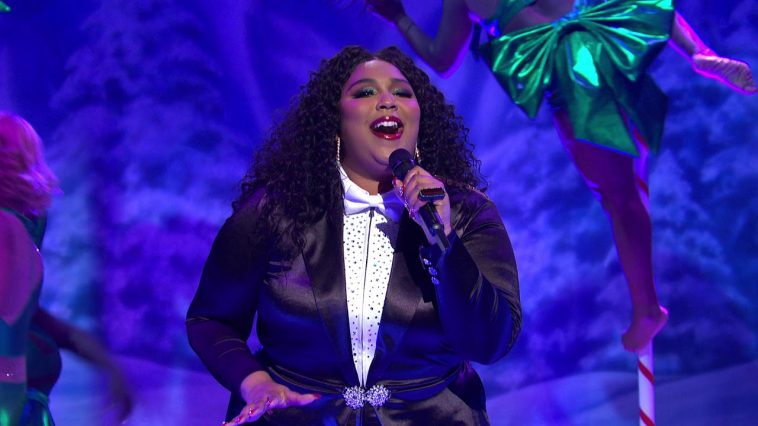 Grammy Award-winning songstress Lizzo must be feeling good as hell as she’s signed a first-look television deal with Amazon Studios.

As part of the deal, the ‘Truth Hurts’ star will work with the tech giants to create television projects which will premiere exclusively on Amazon Prime Video. The news was announced during Amazon’s virtual Television Critics Association.

Speaking about her latest project, Lizzo said: “I’m so excited to partner with the amazing team at Amazon. Thank you to Jen Salke and the rest of the team for making this dream come true. I can’t wait to get started and share my vision with the world.”

“Lizzo is one of the most exciting, creative, joyful artists in the industry, and it is such a pleasure to announce this new deal with her,” added Jennifer Salke, head of Amazon Studios. “She has such a unique perspective and we’re so excited to hear her ideas for new content that our Prime Video customers are sure to love.”

Whilst she is best known for her music, including the hit singles ‘Juice’ and ‘Good As Hell’ and ‘Tempo’, Lizzo previously starred in the 2019 movie Hustlers. She also voiced the character of Lydia in the animated movie Ugly Dolls.

Lizzo is the latest creative to team up with Amazon, following in the footsteps of Viola Davis, Phoebe Waller-Bridge, Brad Pitt and more.

For more Lizzo content, check out five of our favourite music videos from the bop queen!