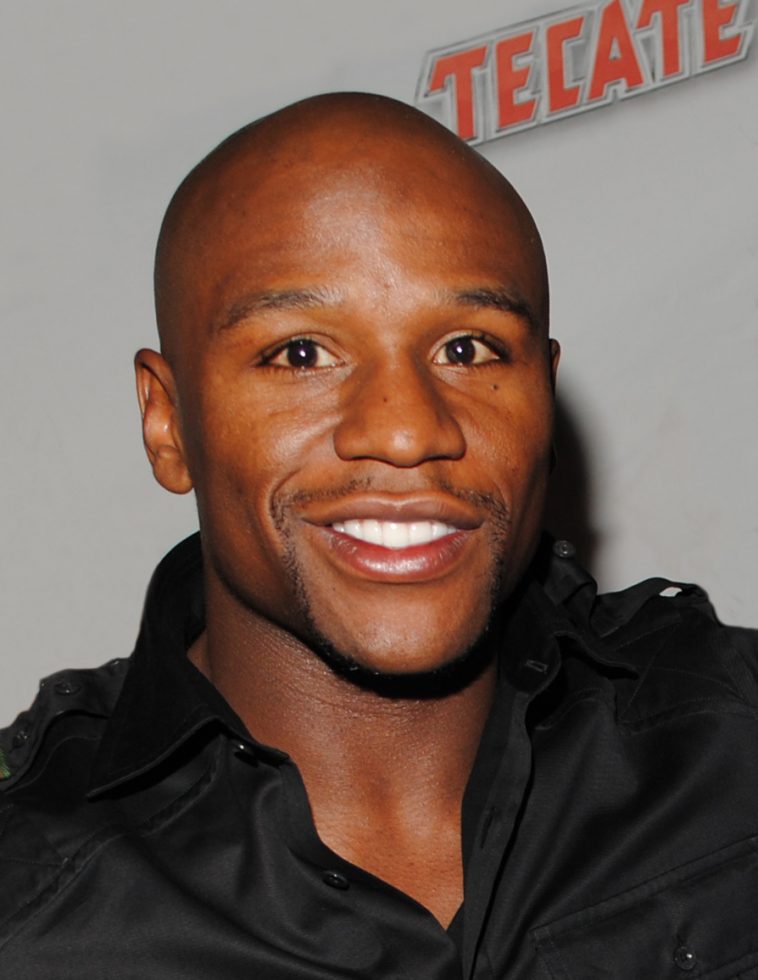 The clue is in his nickname – Floyd ‘Money’ Mayweather. But his fans were still shocked to hear that the champion fighter allegedly bet $13 million on the Broncos to win the Super Bowl in 2014. We say allegedly because the champ later came out and denied the story, but there’s little doubt that one of the most successful men in boxing history loves to gamble on his favourite teams and sports outside of the ring.

Before his eagerly anticipated fight with Connor McGregor, Mayweather was close to wagering $450,000 on himself but pulled out at the last minute due to complications with the betting company he went with. But if you follow him on Twitter, you will regularly see him sharing screenshots of massive betting slips, often hundreds of thousands of dollars. But alongside ‘Money’ Mayweather, we look at some more examples of celebrities who like to bet big, and more often than not, put their money where their mouth is.

What is it about celebrities with money references in their names? 50 Cent has made millions of dollars throughout his incredibly successful music career off the back of albums like Get Rich or Die Trying and The Massacre. He famously won $1 million from the boxing bookmakers from a bet he placed on Floyd Mayweather beating Oscar de la Hoya back in 2007, when ‘The Golden Boy of Boxing’ gave ‘Money’ Mayweather one of his greatest tests in the ring.

50 Cent also sent out a now-famous tweet in which he claimed to ‘hear voices in [his] head’ that led him to bet big on an NFC Championship game between the 49ers and the Giants. After pocketing $500,000, maybe he should listen to those voices more often.

One of the most popular players on the PGA Tour, Phil Mickelson, is loved by his fans for his seemingly calm and affable manner while out on the course. But he also loves a flutter on two of his favourite sports outside of golf – football and baseball. In 2001, big Phil was part of a betting group that picked the Baltimore Ravens to win the Superbowl and the totally unfancied Arizona Diamondbacks to win the World Series.

One of the best stories of celebrity betting has to be that of Ashton Kutcher. Presenting himself as a ‘dumb actor with money to blow,’ Kutcher teamed up with the most prominent betting syndicate in the US and laid bets on college football. He walked away after one month of betting with a tidy profit of $750,000.

Unlike many other celebrities, Kutcher is calculated with his betting. In 2017, he invested in upcoming eSports betting company Unikrn after realising the sector’s potential. While Ashton likes to turn a profit, you won’t see him lavishly spending off the cuff in the same impulsive way as 50 Cent or Floyd Mayweather.

One of the greatest ballers in NBA history, Michael Jordan’s achievements on the court simply can’t be understated. But away from the game, Jordan is known to have had a passion for gambling, both on sports and at the casino. He is known to have spent $500,000 in one night, laying $5,000 and $10,000 bets on the blackjack tables in a short space of time.

Some even claim that Jordan’s retirement from the NBA resulted from him flouting their strict gambling protocols, which are there to protect the players’ best interests. And after Jordan became an investor and special adviser to US betting company DraftKings, their share prices soared. It seems that his fans still trust his judgement when it comes to sports betting.

The key takeaway here is that celebrities like a bet just as much as us regular folk. The difference is that while we might back our team with a $10 bet, celebrities are more likely to go with a $10,000 wager. After all, wealth is subjective, and the more you have, the more you can spend.

And while the guys we’ve introduced above have all won big throughout their betting careers, they’ve almost certainly suffered significant losses, too. But as with all bettors, we only ever hear about the wins.