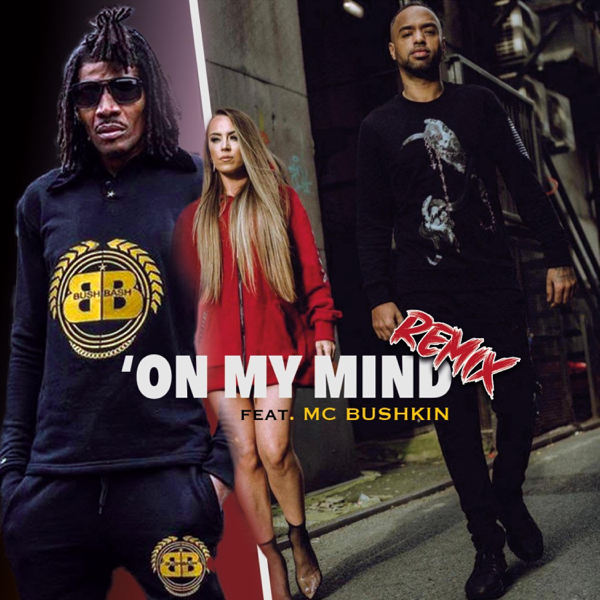 Recruiting MC Bushkin for a remix of their new single “On My Mind“, Platnum is proving that 2020 is set to be their year, regardless of the global COVID-19 pandemic.

Best known for featuring on H “Two” O’s hit track “What’s It Gonna Be” which charted at number two in the UK, Platnum have continued to release incredible song after incredible song, including the successful follow-up track “Love Shy (Thinking About You)”. Now a duo, consisting of Michelle McKenna and Aaron Evers, they’ve kicked off solo careers in the last couple of years, with the former being known as Michelle Platnum and releasing the singles “Energy” and “Darkest Hour“, and the latter being known as ITSALLABOUTAARON featuring on Paul Costello’s “Not Together” alongside Abigail Bailey. But they’re still continuing as a duo regardless of their solo careers and have been teasing “On My Mind” for months, and now that it is finally out they’ve already refreshed it with a remix with MC Bushkin. They have also revealed that a debut EP is on its way – 12 years since their debut single, it’s been a long wait but we’re pretty sure it’ll have been worth it.

Featuring on this remix is MC Bushkin, real name Riki Blac, who is probably best known on the garage scene as part of Heartless Crew. They became quite popular with their debut single “The Heartless Theme” charting in the UK at number 21. The trio split and MC Bushkin went on to focus on a solo career as well as present a radio show with fellow crew member DJ Fonti on Rinse FM known as F.A.B. He has released solo music in recent years, with this remix following up his most-recent single “Peace”. He’s collaborated with the likes of Big Narstie, Mils, Aaron Soul, and now Platnum.

Stream The “On My Mind” Remix By Platnum Featuring MC Bushkin Here:

Just as addicting as the original, Platnum continues to make a statement with this track, proving that garage music is still as popular as ever. MC Bushkin adds his own spin to the song by going in hard with both his verses, but in brilliant timing with the track. His additional lyrics transforms this remix into a fresh new track.

Regardless of whichever version you prefer, you have to admit that “On My Mind” is a tune and it, much-like Platnum’s other tracks, deserves to be a hit, instead it’ll be another treasured track on all of our party playlists.

Stream Platnum’s Original Version Of “On My Mind” Here:

What do you make of the MC Bushkin remix version of Platnum’s “On My Mind”? Let us know on Twitter @CelebMix.