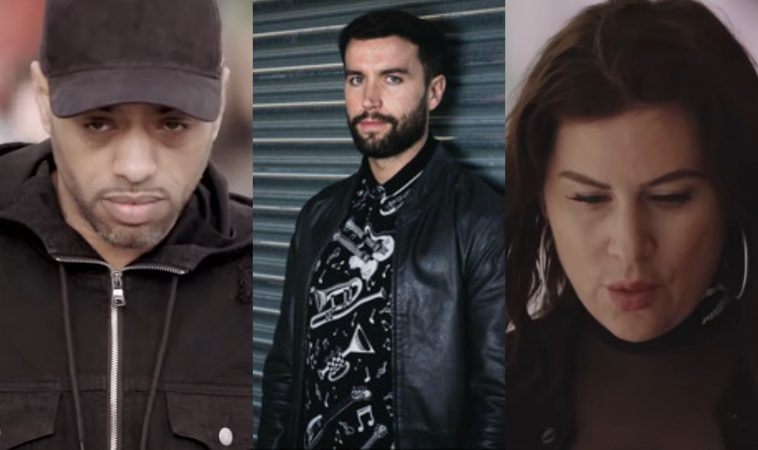 Platnum have been back on-form in the last couple of years by not-only dropping new music but also releasing solo work, now ITSALLABOUTAARON has launched his solo career by being featured on Paul Costello’s awesome track, titled “Not Together”, alongside Abigail Bailey. The song follows up Paul Costello’s “Night Riders” which featured Trick Shady, Abigail Bailey’s feature on Versus’ single “Nihon”, and ITSALLABOUTAARON’s SoundCloud release “The Corner” which featured Two4kay.

Paul Costello is a Manchester-based DJ and producer, currently making his name known in the city as well as the music industry with his recent releases “Night Riders” and “Not Together”. He launched his own record label, Costello Music, with the plan to promote deep underground and house music. We’re interested in seeing what else he releases.

As for Abigail Bailey, she spent most of the ’90s in the jazz/funk band, Obsession. She started making her name known in the ’00s amongst the dance music industry as she went solo, teaming up with the likes of Tom Novy, Soul Central, MYNC, TV Rock, Tommy Trash, and Herd & Fitz. She’s clearly driven and will stop at nothing to get her name out there and gain the success she clearly deserves because her voice is fire on this track.

Adding male vocals to this track is ITSALLABOUTAARON, real name Aaron Evers, who is best known for being in the garage group Platnum. This song officially marks his first solo release, although we adored “The Corner” that he dropped on SoundCloud. As part of Platnum, he’s had a UK number two and an Irish number six with the awesome song “What’s It Gonna Be” which was a feature on the H”two”O song, and the group later followed it up with “Love Shy (Thinking About You)” which was a cover of the Kristine Blond’s 1997 hit “Love Shy”. The group is still going today, as a duo now, with a brand new single, titled “On My Mind”, coming out in a few weeks time, followed by their debut EP – finally we get a collection of tracks from Platnum. This will be their first single since 2018’s collaboration with Sweet Female Attitude, titled “Looking For Love“. The duo also consists of Michelle Platnum, real name Michelle McKenna, who launched her solo career last year with the awesome songs “Energy” and “Darkest Hour“.

This song is addicting and so powerful, Paul Costello brings the dance backing track with incredible house beats and unstoppable bass drops. Abigail Bailey’s voice is so strong on this track and she totally draws us in, giving us ’90s and ’00s club vibes, whilst ITSALLABOUTAARON gives a running male vocal that is filled with ’00s garage/R&B vibes that just makes us all wish he gets another chart hit soon, as we need to hear his voice on the radio and on the music channels!

The lyrics of the song follows a story about a love that went wrong and now the couple are no longer together. The music video, which has been directed by Richard Carroll, bounces off this idea as we watch Abigail Bailey and ITSALLABOUTAARON walk – and occasionally dance – around Manchester City Centre, whilst singing the song. The last scene sees Aaron with a small teddy bear in his hands whilst sitting in a café which he lets go of and the bear falls on its back, almost as if he’s been holding on to the memories of the relationship, but now knows it’s time to let go.

“Not Together” by Paul Costello featuring Abigail Bailey and ITSALLABOUTAARON is now available to download and stream via Costello Music. Look out for more new music from these three artists in the coming years. We really cannot wait to hear Platnum release their new single and their debut EP.

What do you make of Paul Costello’s new single and music video “Not Together” which features Abigail Bailey and ITSALLABOUTAARON? Let us know on Twitter @CelebMix.