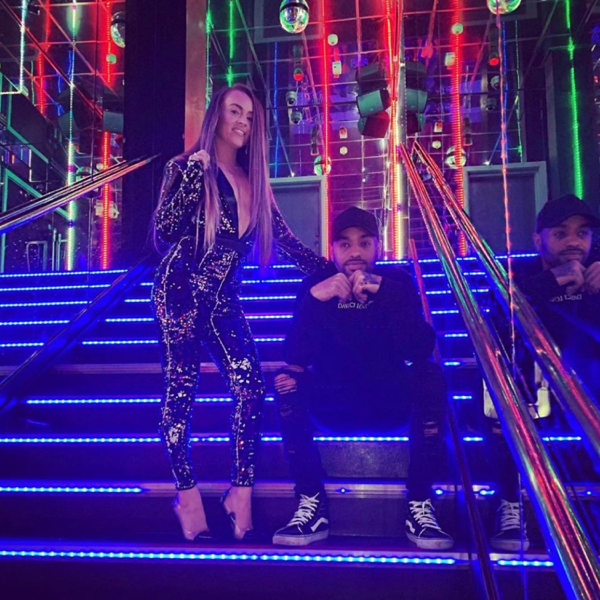 They’re back with brand new music, which they have been teasing for months, the “What’s It Gonna Be” hitmakers, Platnum, have released the awesome track, “On My Mind”. This follows up their 2018 collaboration with Sweet Female Attitude, titled “Looking For Love“.

Best known for featuring on H “Two” O’s hit track “What’s It Gonna Be” which charted at number two in the UK, Platnum have continued to release incredible song after incredible song, including the successful follow-up track “Love Shy (Thinking About You)”. Now a duo, consisting of Michelle McKenna and Aaron Evers, they’ve kicked off solo careers in the last couple of years, with the former being known as Michelle Platnum and releasing the singles “Energy” and “Darkest Hour“, and the latter being known as ITSALLABOUTAARON featuring on Paul Costello’s “Not Together” alongside Abigail Bailey. But they’re still continuing as a duo regardless of their solo careers and have been teasing this new release for months. “On My Mind” is finally out now and Platnum have also revealed that a debut EP is on its way – 12 years since their debut single, it’s been a long wait but we’re pretty sure it’ll have been worth it.

We seriously can’t get enough of this track, paying homage to their roots with a bit of garage and bassline thrown in, “On My Mind” is a dance track that you don’t want to stop listening to. Platnum’s vocals are on fire throughout, showcasing what dance music has been missing over the last decade or so; it’s addicting, fresh, and an overall stunning track. Aaron brings R&B and garage vibes whilst Michelle goes all out with a brilliant dance vocal – what more could we ask for? This is bound to be a hit on any party playlist.

“On My Mind” is available to download and stream right now. You can catch Platnum performing on boohooMAN’s official Facebook & Instagram Live tonight at 8:30pm alongside Sweet Female Attitude and Shosh as part of boohooMAN’s #MANoftheHouse Garage Sessions. Make sure you tune in, as they will be performing their new single, “On My Mind”.

What do you make of Platnum’s new single “On My Mind”? Let us know on Twitter @CelebMix.