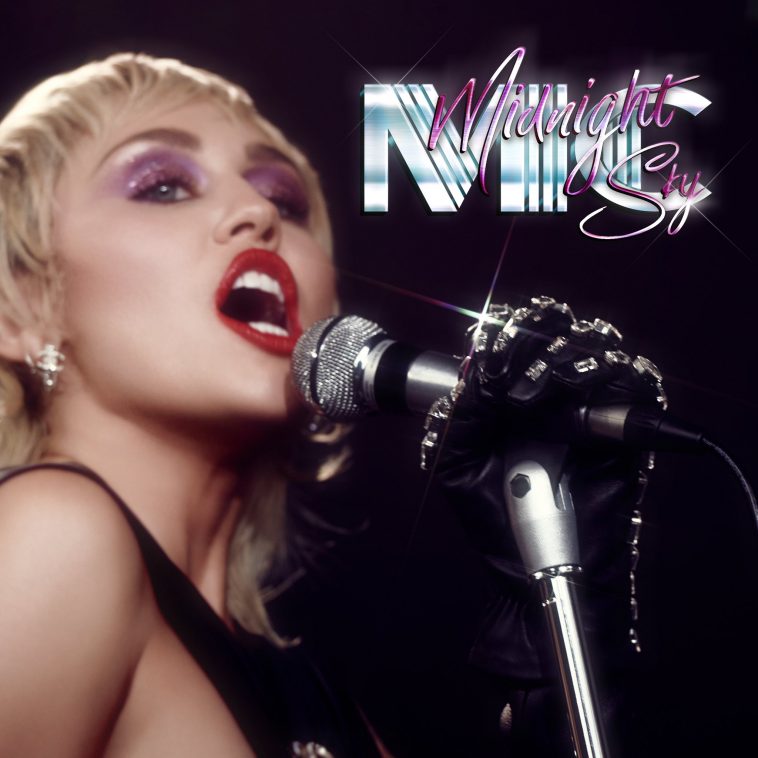 New Miley Cyrus music is coming! The global superstar has revealed that her new single ‘Midnight Sky’ will be dropping this Friday (August 14).

Taking to Twitter, Miley said “I know it feels like you’ve been waiting forever and ever…but no more…She is finally here.”

Miley also tweeted a teaser of the track and its accompanying music video, and it looks like the Tennessee native will be serving harder than ever before.

In the run up to her announcement, Miley teased fans with clips from old school music videos. The #SheIsComing hashtag refers to her forthcoming seventh album, which is due to be called She Is Miley Cyrus. The album was originally due to be made up of three EPs, She Is Coming, She Is Here and She Is Everything, however, so far only She Is Coming has been released.

‘Midnight Sky’ will be the first new Miley track since her ‘Don’t Call Me Angel’ collaboration with Ariana Grande and Lana Del Rey. It’s also her first solo track since the 2019 track ‘Slide Away’.

Miley has been busy in the studio as of late, and was recently there with Dua Lipa and Watt. With more new Miley music on the way, as well as a club remix of Dua’s latest album Future Nostalgia, we’ve got our fingers crossed that somewhere along the line there’ll be a collaboration between these two pop icons.

Whilst festivals are a no-go this year due to the COVID-19 pandemic, you will be able to catch Miley performing at iHeartRadio Music Festival’s virtual festival on September 18-19. Celebrating its 10th year, Miley will be performing alongside the likes of BTS, Coldplay, Usher and more.

Are you excited for new music from Miley Cyrus? Let us know on Twitter @CelebMix