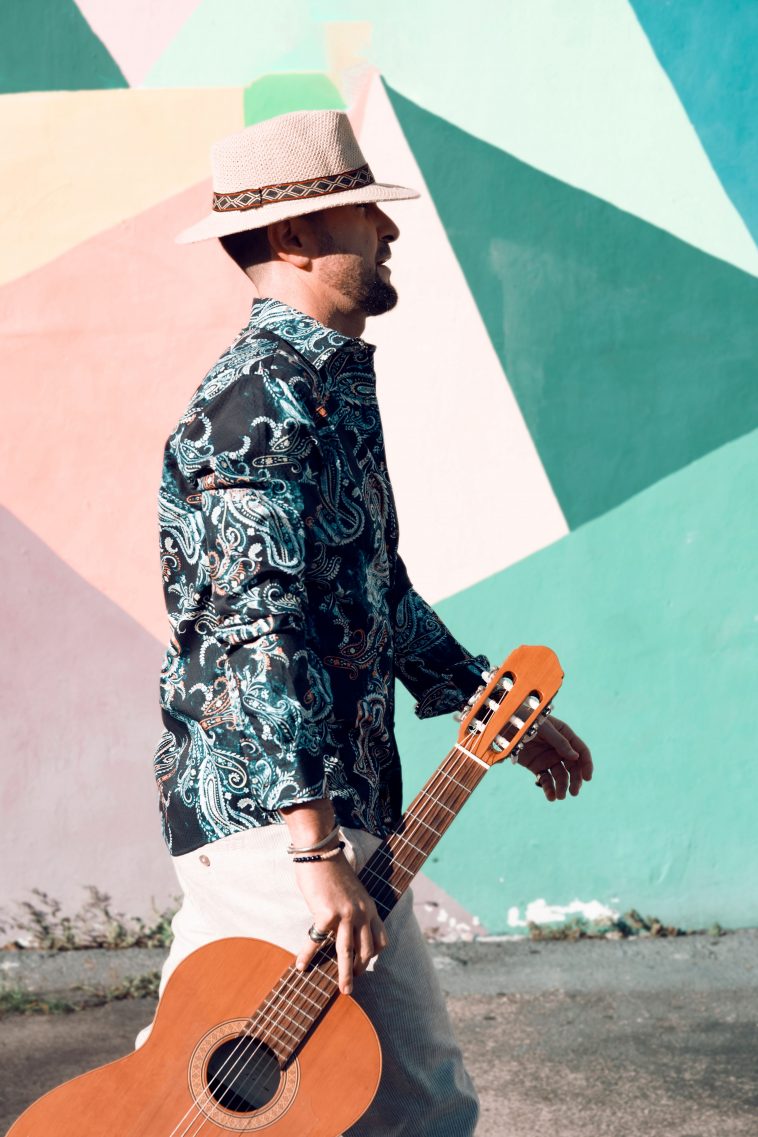 Meet Miami based singer, songwriter, and master guitarist Moonlight Jones. Radiating with a sense of passion and individuality paired with an imprint of multi-cultural aesthetics, this eclectic artist’s otherworldly approach to music can be described as “Cosmic Soul.” By fusing together Flamenco, R&B, and rock, he aims to unite a wide range of listeners through the power of song.

Marked with irresistibility and sultriness, Moonlight Jones’ new single “Hot Night” serves it up with extra spice. The romantic Latin infused song pays tribute to the rich culture, which is so prevalent in Miami where he currently resides. “My music is inspired by my lifelong love of different cultures and the music that each unique culture brings. My belief is that music has the ability to bring people together across different backgrounds and has the power to heal. The song ‘Hot Night’ is my love letter to Latin culture and how it helped shape me as an artist,” confides Moonlight Jones. Produced by acclaimed Nino Valentino and multiple grammy winning trumpet player and arranger, Dante Vargas, Moonlight Jones assembled the best talent that Miami had to offer to work on the record. The song was then sent to multiple Grammy-winning mixing engineer, Sean Moffitt and Grammy-winning mastering engineer, Joe LaPorta.

In the accompanying visuals, the famed director David Rousseau known for his videos with Pitbull, sets the mood with warmly colored textures, sensuality, and Latin dance which captures the essence of the song through vivid storytelling.

Moonlight Jones is a world traveler, singer-songwriter, and a self-taught guitarist. Born to an Egyptian father and an American mother of Czech heritage, MoonLight Jones found inspiration through the Latin, Middle Eastern and World music that was always playing, as was Blues, Bluegrass, Asian, and Folk. This wide range of influence is reflected in his music, and we can’t wait to hear what’s next for this talented artist on the rise.

Check out the new single and video for “Hot Night” by Moonlight Jones here and get lost in a sizzling musical escape. Tweet your favorite part @celebmix