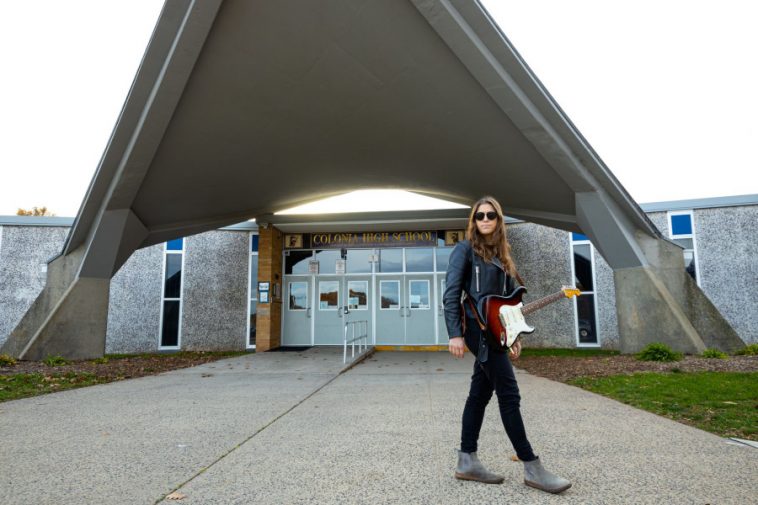 Talking about the song, EG shares, “‘Legs’ is the fourth single off of my upcoming album. On April 15, 2022, it will be available to the world. I wrote this song as I contemplated the complexity of humans. Each individual is multi-faceted. We have different versions of ourselves, some we chose to share with others and some we chose to hide. And then there are versions of ourselves that we are blind to, will we ever be completely aware of who we are?”

The album, which features collaborative tracks with UK producer, Christopher Clarke, was mixed by Carl Bahner and mastered by Nicholas Di Lorenzo. The album’s title – Omega Man – refers to EG’s father, whose friends called him “Omega Man” because he was a source of truth, and ethics, and had the final word when disputes arose. EG wrote the album in honor of her father, who passed in 2019.

“Legs” opens on a cool drum shuffle, followed by the entry of EG’s evocative voice, a tight gleaming guitar, and a fat bassline. A braying organ injects thick accents as the melody tiptoes atop the dense rhythm.

On the chorus, the tune takes on smooth, viscous coloration, brimming with clotted growling guitars. EG’s vocals, at once nuanced and flavored with mysterious tones, infuses the lyrics with residual savors and alluring energy.

Emily Gabriele has it going on! Straddling the line between pop and rock, “Legs” pumps out dark, captivating layers of sound, capped by EG’s redolent voice.