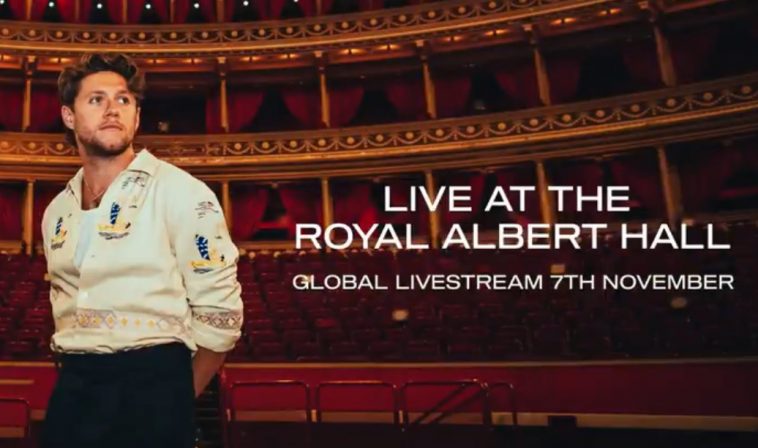 Niall Horan sold over 120,000 tickets for his live stream at the prestigious Royal Albert Hall in London.

All the proceeds from the live streamed show went to the We Need Crew initiative. which saw fans from 150 countries tune in to see Niall perform tracks he’s never performed live before from his second album Heartbreak Weather.

We Need Crew has been set up to help people in the touring and live event industry who have took devastating hits to their career due to covid and are not adequately being supported by governments financially during the pandemic.

Throughout his stunning and breath-taking set Niall spoke about the importance of his own touring crew and just why it was so important to him and other artists to support We Need Crew, because without tour crew he and other performers would not be able to tour and put on shows for the fans. He praised them saying they are the most hardworking people he knows. Always the first in the building and last to leave to ensure that Niall and countless other artists can put on unforgettable shows for their fans.

Niall’s show at the Royal Albert Hall was one of his best. He admitted to being more nervous performing to an empty venue but to thousands behind a screen on a live stream, than if the venue would have been full.

His 14 song set list, was pure Niall. It opened with a beautiful and stripped back version of Dear Patience which set the tone for his set, which saw him perform tracks from both his albums Flicker and Heartbreak Weather. A highlight was Ashe coming out to sing Moral of the Story, having flown in to the UK from the USA and self isolated for 2 weeks just to perform with Niall.

Vocally it was stunning performance from Niall who gave it is all and made sure the audience knew just how much We Need Crew and his own tour crew meant to him. It was a treat for the fans but also raising awareness of a very important initiative as we need crew to be able to go see our favourite artists like Niall when it’s safe again to do so.

You can find out more about We Need Crew here.

Did you love Niall’s live stream gig as much as us? Let us know on @CelebMix!