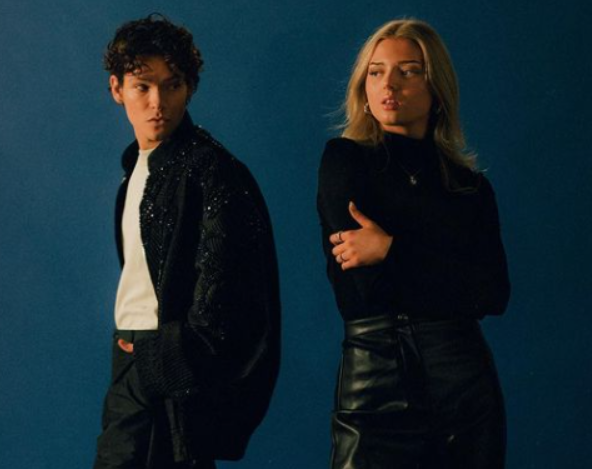 Omar Rudberg has kicked off 2023 with a serving of new music straight away as he teams up with Claudia Neuser on ‘Call Me By Your Name’.

The Young Royals actor, who released his confident full debut record OMR last year, muses on an all-encompassing love and plays on the words of hit film ‘Call Me By Your Name’.

The 24-year-old teams up with 17-year-old rising star Claudia Neuser for the ballad, who celebrated the track’s release on Instagram by writing, “I can’t believe this is real life, I’m so grateful.”

Where OMR last year thrived on a sun-kissed summer sound on moments such as ‘In The Sunrise’, ‘Coast Side’ and ‘Como Ayer’, on the new track the star leans into a vulnerable side seen on fan-favourite ‘Breathe’ and, of course, Young Royals hit ‘Simon’s Song’.

On ‘Call Me By Your Name’, the Venezuelan-born Swede’s vocals sound smoother than ever in the emotive flick, brilliantly backed up by Neuser.

Earlier this month, Rudberg was also named as one of CelebMix’s Ones to Watch of 2023 as a star on the verge of something special.

The single drops today alongside an audio video on YouTube, with no news regarding a music video clear just yet. However, in a reel shared by Rudberg on Instagram, he runs through a snowy countryside to the track, perhaps hinting at a video to come.

It’s set to be a busy 2023 for the star, who has hinted at more new music, although remained coy about exactly what format that will take. Young Royals has also been confirmed to return for a third and final season, although fans of the hit series are still waiting to find out if that will come to the platform this year or next.

What is set to come in the near future for Rudberg fans is Netflix film Karusell, where the actor plays his first role in a feature film as Dante. Karusell is expected to be released in October of this year.

Are you loving ‘Call Me By Your Name’? Are you a big Omar Rudberg fan? Let us know @CelebMix on Twitter.