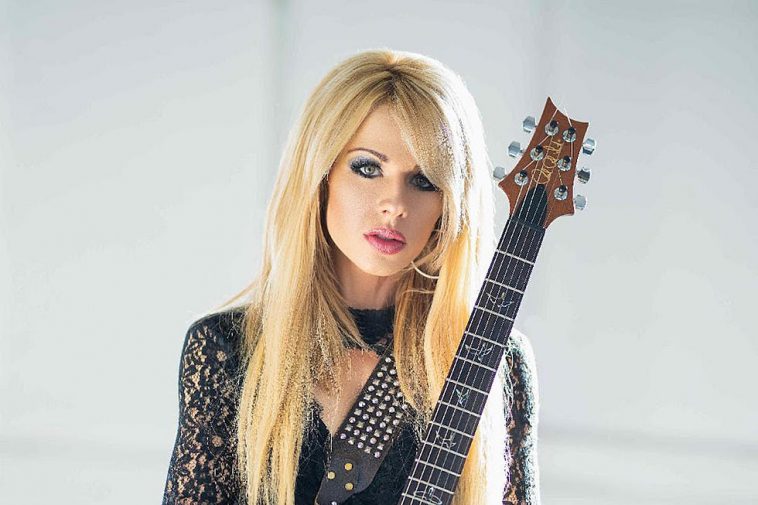 Orianthi is back with an absolutely stunning rock track, titled “Sinners Hymn” that you can’t help but love. It is her first solo single release in six years and is the first single from her fourth studio album, titled O. The song follows up her 2014 solo single “Better With You”, her charity collaboration with Avril Lavigne and many others earlier this year titled “Let It Be”, and her Christmas collaboration with Cyril Niccolai titled “Another Christmas Without You”, as well as her releases under RSO.

Orianthi Panagaris started her career as part of Michael Jackson’s This Is It tour. She went on to have her own solo career where she released three studio albums and many singles. Her debut, “According To You”, is still one of our favourite jams, and managed to chart in many countries, including number eight on Australia’s ARIA Chart, number three on the Japan Hot 100 Chart, and number 17 on the Billboard Hot 100. She has gone on to collaborate with the likes of Steven Tyler, Lacey Sturm, David Garrett, and Richie Sambora. She became the first female guitarist for Alice Cooper from 2011 to 2014 and has played on stage with the likes of Carrie Underwood, Carlos Santana, Michael Bolton, and Dave Stewart. We’re excited to see her release her fourth studio album, and if this single is anything to go by, this collection of tracks are going to be so good!

“The album O is a very inspired album….kept things pretty raw and didn’t overthink it. Marti [Frederiksen, producer, mixer, songwriter] and I wanted to create a unique sound and vibe with every track and we experimented a lot with synths and different guitar tones. Lyrically, a lot of this record comes from life experience and other people’s stories. It’s going to be so fun to play these songs live!” says Orianthi.

According to Spotify, this song was written by Marti Frederiksen and Orianthi Panagaris, and a lyric video was released on the Frontiers Music YouTube Channel to accompany the track.

Watch The Lyric Video To “Sinners Hymn” By Orianthi Here:

Giving us the rock sound we love from her, Orianthi completely shines with “Sinners Hymn” showing off the direction she has turned towards for her fourth studio album. The song really shows how much she has progressed as an artist over the years, and her guitar riffs are even more off the chart than we ever thought was possible. On top of that, her vocals are pure fire and those lyrics are extremely well crafted. This is going to be one incredible album, we can just feel it.

The lyric video may seem basic but Orianthi shines throughout, showcasing her energy in front of the camera as she plays her guitar, whilst the lyrics are displayed on the screen. She looks stunning and full of energy, we are so happy she’s back with solo music.

“Sinners Hymn” is available to download and stream right now, via Frontiers Records. Her fourth studio album, titled O, is available to pre-order and pre-save right now and will be released on 6 November 2020. There are also exclusive CD and Vinyl orders available on the Frontiers store which also includes a signed poster, grab them quickly though as there’s only 50 of each available.

What do you make of Orianthi’s new single “Sinners Hymn”? Let us know on Twitter @CelebMix.