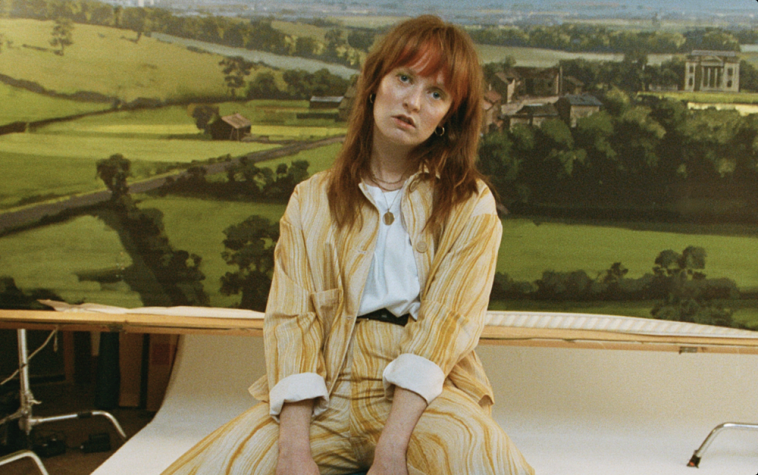 Dublin singer-songwriter-producer – all-around artist – Orla Gartland has today announced the release of her long-awaited debut album “Woman On The Internet“, due out for release on 20th August through her very own label!

Having already given fans a taste of the record with “More Like You,” “Pretending” and “Zombie!” – Orla is celebrating the news with the further release “Do You Mind?”, a tender heartfelt piano-led ballad.

Woman On The Internet is the culmination of years of music making, live shows and Gartland honing her production skills.

Speaking on the release of her album, Orla says that announcing the debut album feels like a moment she has been waiting for for years. “Something clicked into place last year,” she continues. “I grew into my role as a producer and lyrically I knew what I wanted to say.”

Although this album was made in 2020 it isn’t laced with lockdown blues – it feels more like the soundtrack of new time to me; a sunnier time, a more hopeful time.

This is an album that Orla is proud of, and beyond excited for everyone to hear it!

“When I was a few songs into writing the album it became clear that Woman On The Internet is about the chaos of my 20s,” she expands. “It’s a different chaos to your late teens, such a different brand of angst. I feel so much more settled and sure of myself now than I was when I was 18 or 19 but I’m still just half the person I’m going to be and to capture that became really important.”

The album title itself is a references to a nebulous, self-help-type figure.

“She’s a caricature; a nameless, faceless figure telling me to eat better or buy some specific hair product; when I feel low I’m so vulnerable to questionable advice,” Orla adds. “The woman appears in these songs as someone I look to for guidance when it feels like no one in my real life can help when I’m truly lost. A lot of this album is about learning to really own that lostness.”