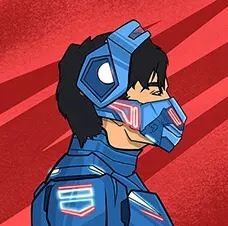 An NFT, or a non-fungible token, is a digital offshoot of baseball cards, artworks, or collector items. They feature a distinct digital creation that makes each unit unique, and thereby enforces an exclusive demand of its own. It’s been a short while since NFTs were first introduced as valuable digital assets, but since then, they have gone on to turn regular internet users into moguls. Ready Playa Øne is towing similar lines and is in prime position to become the next NFT to make collectors wealthy as it steadily picks up a frenzy of its own ahead of its launch date.

When M2Thak decided to join the NFT train, he was not only trying to create a token for himself or join the NFT train; he was also creating value that would be found irresistible by potential users and customers. In retrospect, considering how popular non-fungible tokens have become today, his decision seems to be the right one and not only has he created a token that will be beneficial in years to come, he did so by creating a gaming platform that allows users access to NFTs most advanced minting strategy. Ahead of the official launch of Ready Playa Øne token, we look at what M2Thak and the team are doing differently.

Ready Playa Øne is an NFT-based game and a collection of unique artwork that features characters in a sci-fi and virtual reality planet embroiled in war. The game was a virtual reality infused with AI. It was set in 2091 after a parallel dimension was created after the particle accelerator at CERN, The European Council for Nuclear Research, was pushed beyond its limits. As a result, the world was thrown into chaos and instantly broke into two factions of humans who believe they should have more rights and the humanoids who think they deserve equal rights. Essential to the game’s plot is a third mercenary faction that occasionally went rogue and switched sides as they seemed fit.

Ahead of its launch Ready Playa Øne is riding on the wave of the personality and trust of the creator, M2Thak, who is popularly known in the music scene as the rapper behind hard-spitting tracks like “Trip Off a Track,” “Sweep It Up,” “Drip Back Again,” “Dig In My Bag,” among other tracks that make up his impressive discography. He is also known to others as a YouTuber responsible for some viral video content that has amassed over 12 million views and counting. Undoubtedly, M2Thak is a proven businessman who has successfully combined his YouTube career with his successful music business and his flashy and flamboyant lifestyle. These, among other factors, are another reason why potential users continue to line up because the Ready Playa Øne token comes from a person they trust. And as part of the creator’s appreciation of the first sets of users, the first users to hold on to 50 RP1s will be given a signed canvas.

Learn more about M2Thak and Ready Playa Øne by visiting their website.