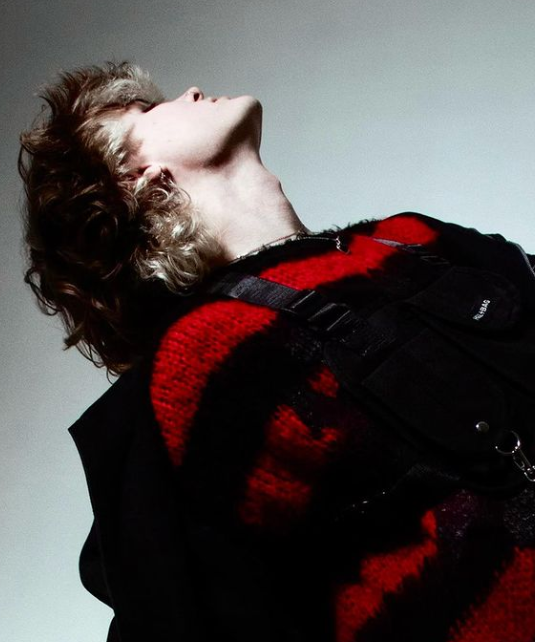 Opening the track with the exposition of “this is the story of a one-sided relationship”, the crashing flick sees the singer muse on whether or not he and a love interest are better off as friends – a seemingly frequent source of angst for the artist after viral track ‘FRIENDS’ which dropped last year.

Hall started work on ’50/50′ all the way back in 2020 and wrote “after two years it is finally here” as the hotly-anticipated single dropped on Friday.

A voice that refuses to be defined by genres, the singer’s diverse discography draws from influences across the board with everything from alt-rock to punk and even hyperpop.

Fast turning heads with his off-the-wall production, his previous single ‘THERAPY’ saw Hall at his very best and racked up over 450,000 streams on Spotify alone in just a few months.

Beginning to take his tracks into live shows, some 79,5000 TikTok followers might’ve found the artist through his unique takes on pop tracks such as Carly Rae Jepsen‘s ‘Call Me Maybe’ and Katy Perry’s ‘Teenage Dream’.

Speaking to Power Radio last summer about his journey into music, Hall said: “I started music when I was a kid. I started writing and producing my own music when quarantine hit.

“Originally I was going to go to college for graphic design but I just explored different writing styles and production styles until I realised I could make music that people like.

“I leant further and further into the idea it could be a successful career and that was when I started to really go for it and hone my craft. ”