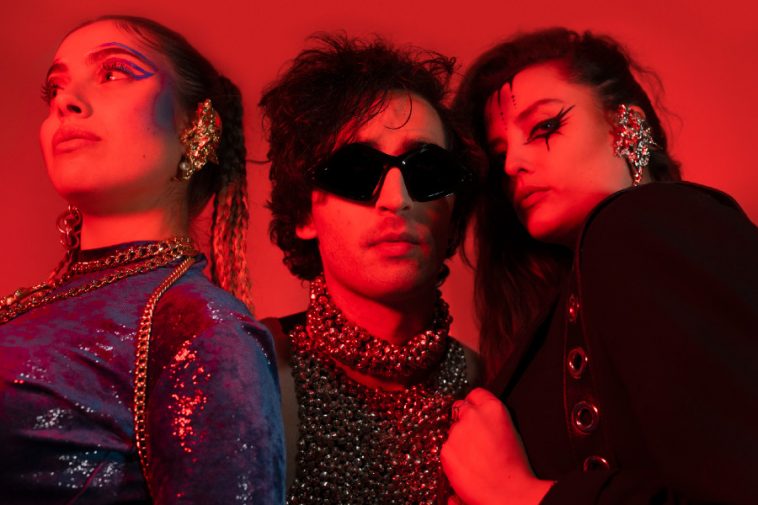 Glam rock/rock opera/new wave outfit Rose Tiger recently released their single/music video “Could Be a Fantasy,” a track from Act 1, The Shallows, of Rose Tiger’s three-act album, The End Forever. The Shallows is slated to drop on March 2.

The End Forever is an epic trilogy narrating a world where robots, dinosaurs, and humans cohabitate in an underground milieu. Recorded in London by producer Richie Kennedy (Celeste, The Murder Capital, White Lies, Suede), The End Forever blends elements of glam rock, new wave, and rock opera into music reminiscent of David Bowie and Queen.

“Could Be a Fantasy” opens on a low-slung guitar riding tight percussion as a delicious female voice imbues the tune with wistful, baroque timbres. When the music ramps up, conjuring up suggestions of Queen, swanky leitmotifs, and grandiose dynamics, along with three-part harmonies give the tune stylish auras of operatic rock.

The song culminates in heaving waves of coloration topped by an incandescent guitar.

“Could Be a Fantasy” is superb, harking back to the heady days of Bowie and Queen when multifaceted rock opera bewitched listeners.