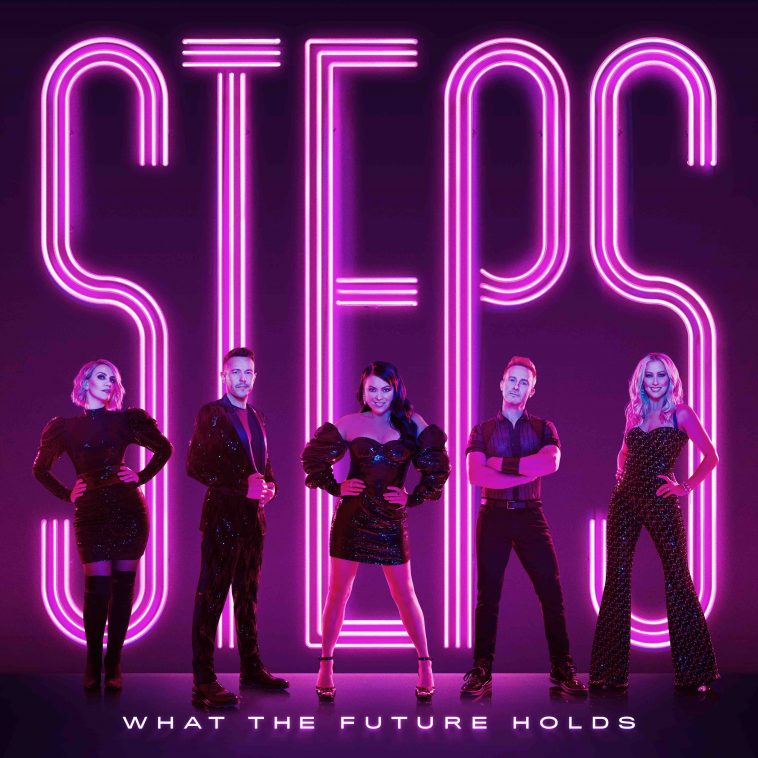 Steps are back with their new single What The Future Holds. It’s the bands first single in a couple of years and is also the title track for their upcoming album which will be released in November.

Their sixth studio album, What The Future Holds, via BMG, and will be available on all digital platforms plus CD, Vinyl (including a limited edition transparent pink edition) and Cassette.

The album will also be available as part of a Cassette Collection featuring five separate transparent pink solo cassettes with an intro from each band member, all in a special collector’s box.

What The Future Holds promises to be Steps most ambitious album to date. One that shows both a deeper shade of blue and a brighter future. Their 6th album sees them reunite with writers such as Fiona Bevan (One Direction, Lewis Capaldi), and Karl Twigg (who worked on their first three albums) plus experiment with songs written by the likes of Greg Kurstin (Adele, Beyonce).

The lead single and title track What The Future Holds, was written by Sia, and is the perfect introduction to the band’s new album.

If a new single and album wasn’t enough the band have announced a new tour to take place in November/December next year.

Tickets for the tour go on sale on 18th September at 10am, but if you pre-order the new album you can get access to pre-sale on 15th September.

The Album will be released 27th November. You can preorder here.

Let us know @CelebMix if you are excited that Steps are back!