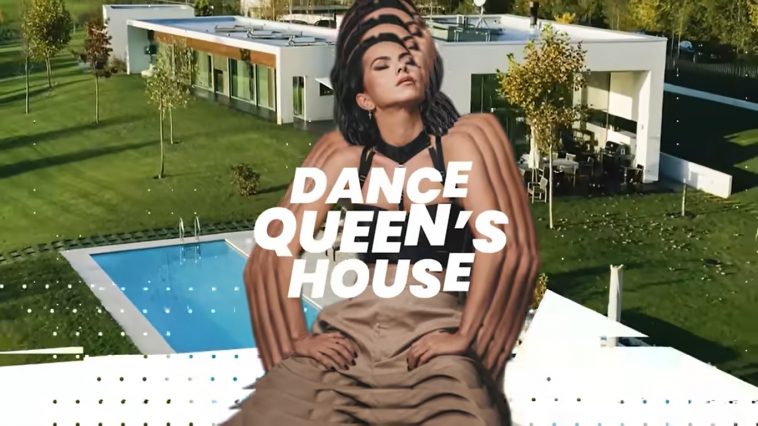 A few weeks ago, INNA announced a project titled “Dance Queen’s House”, where herself and a group of songwriters, producers, and industry professionals would be staying in a house together for 21 days, with the intention of working on new music with all the songs being published as an EP. During the time in the house, they ended up creating too much music for an EP, and so decided that it would be an album instead, which became Heartbreaker, the album of which is now available on YouTube and is set to be released globally on download and streaming sites on 4 December 2020.

Every single day, INNA posted a vlog on her official YouTube Channel, creating a small web series which brought insight into her life, the way INNA and her team makes music, and her thoughts and feelings. INNA always likes to give to her fans in any way possible and this web series has enabled her fans to get to know her a bit more.

We’ve decided to take a look at the best moments of INNA’s “Dance Queen’s House” vlog web series. These are totally the must-watch videos from the series. In all the videos, INNA mostly speaks in Romanian, but there are English subtitles for every video.

Well, of course, we were going to kick-start this article with the very first video! In this video, INNA explains the project, explains that everyone was rigorously tested for COVID-19 and all precautions they all undertook for the project, and also gives us a tour of the beautiful house. There’s also a sweet moment where she reminisces about her childhood and how she used to swim in the pool behind the apartments she once lived in.

How many plastic surgeries do I have?

On the second day, INNA reveals her weight and also discloses how many plastic surgeries she has since a Romanian article includes her in a list of celebrities who have had plastic surgery – to which INNA announces she has zero plastic surgeries. She also looks back on some old photos and comments on them.

I fell into the pool

In this vlog, INNA decides to take the studio outside and they set up right by the pool as INNA uses her paddleboard, and then falls in. There’s plenty of great scenes and shots in this one, and we get to see the incredible friendship between her and her make-up artist, Anca Buldur (Instagram @AncaPuffPuff) – nicknamed “Baby”.

OMG OMG! I burned down the house

Yep, INNA went crazy for day nine, creating some interesting and funny TikTok videos. This is definitely a video that you so need to watch!

Coach for a day / Mortal Climber

A fitness video from INNA was definitely a must-watch just to see her team sweat it out as they all partake. This is probably one of the best “Dance Queen’s House” vlogs as we saw a lot more of her team, and it was great seeing them all take part.

Surprising my band with the new Iphone 12

We love surprises, doesn’t everyone? Well, INNA’s band comes to visit her and INNA gifts them all with the new iPhone. Not only that, at the end of the video we see clips of a live show that INNA and her band put on for the rest of the housemates – we’re hoping for a live video performance at some point. INNA also has an awesome iguana mic stand – which links in well with her awesome song “Iguana“.

This is how he won me over

Over the 12 years that INNA has been a global superstar, she’s kept her love life behind closed doors but, this year, she revealed she was in a relationship with Romanian rapper Deliric (real name Razvan “Toto” Eremia). This video gave us insight into their relationship, with Deliric cooking up some vegan nuggets for INNA. We also learned that he usually cooks her delicious meals, he likes adding a lot of spice, he likes to use a lot of utensils, tableware, and cookware but hates washing up, and so the last scene sees the entire pile of washing up which INNA is left to do.

Yes man for one day challenge – surprise visit from my friends

Some of INNA’s friends came over to visit her and to challenge her to say “yes” to various things throughout the day, from yoga poses to wearing her mask wrongly, from singing one of Deliric’s rap songs to wearing a costume her friend chose out for her.

Showcasing their amazing friendship even more so, INNA surprises Anca Buldur (Baby) with a custom-made pink Fiat Abarth. In a planned twist, they told Baby that they were all surprising INNA with the car and she was supposed to be sly and get INNA outside for the surprise, and you could see how excited Baby was to surprise her best friend. INNA opened the video by explaining why she wanted to do this for Baby and how Baby always champions others and their successes, and later in the video as she is told about the surprise for INNA, it’s clear how happy and excited she was for INNA – they really are friendship goals! What Baby didn’t see coming is INNA handing her the keys and revealing that the car is actually hers. It’s such a great video to watch and shows off how amazing their friendship really is. INNA also gets Baby’s boyfriend (Adrian Oprisan) to come and visit, who has tissues, flowers, and a balloon. INNA and Baby, also, go out on a drive too and you can tell how happy Baby really is.

I made doughnuts for Antonia

Antonia Iacobescu, another one of the top female artists in Romania, comes to visit INNA at the house. They’re really good friends and have collaborated on a few songs in the past, namely as part of supergroup G Girls with the songs “Call The Police” and “Milk & Honey” as well as Dara’s track “Fie ce-o fi” with Carla’s Dreams. In the intro to the video, INNA states that “This is a big thing!” that Antonia is visiting her, but the video doesn’t feature much of INNA and Antonia’s time together, which made us wonder what they got up to. Is there a collaboration in the works? Is there a secret deluxe edition to the new album which sees this collaboration? Or did they just spend time together as friends, but if that’s the case, why did INNA announce that it was a “big thing”? We have so many questions… What we did end up watching was INNA creating doughnuts for Antonia, playing on the PlayStation 5, and the creation of some more TikTok videos.

Recap of the last week in Dance Queen’s House

The final video saw INNA recapping her time in Dance Queen’s House. She goes over every single day with scenes intercut from each video, with INNA commenting on those days and video events.

Since Dance Queen’s House finished, we’re totally missing our daily INNA fix but INNA has dropped her new album on her YouTube Channel. It contains 10 tracks, all of which was created during the 21 days at Dance Queen’s House and is titled Heartbreaker. The album is set to be released on download and streaming sites on 4 December 2020. She has also teased videos for the songs and knowing INNA and the way she likes to surprise her fans and drop multiple media at once, we’re expecting some sort of promotional video on 4 December 2020, but seriously, the album release is more than enough. Expect our album review in the next few days.

What did you make of INNA’s vlog series Dance Queen’s House? Let us know your favourite moments on Twitter @CelebMix.