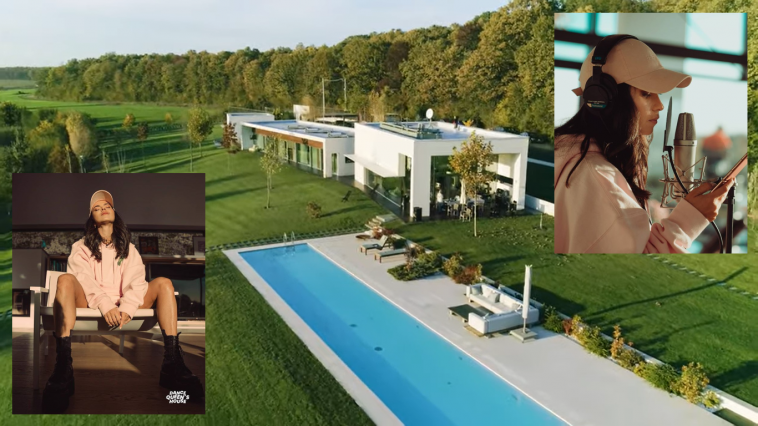 Days after her brand new single release, “Pretty Thoughts” which is a collaboration with Henri Purnell & Nobody Cares, INNA has announced a 20-day project, titled “Dance Queen’s House”. It will see her locked in a house with some of her friends who are some of Romania’s biggest songwriters, producers, and fellow artists, as they write, record, and produce brand new music over 20 days with the plan to release an EP on 20 November 2020. INNA will be releasing daily vlogs about her time in the house.

With the current pandemic that is affecting the entire world, strict measures and rigorous testing procedures took place, so that all the housemates were safe to take part in this project.

Joining INNA in the house will be Marco & Seba (Marcel Botezan & Sebastian Barac), David Ciente, Minelli, and Alex Cotoi, all of whom have worked on some of INNA’s biggest hits across her entire career from “Hot”, “Amazing”, and “Sun Is Up”, to “Club Rocker”, “Un Momento”, “Diggy Down”, “Heaven“, and “Ruleta“, to “Bebe“, “VKTM“, “Discoteka“, and “Read My Lips“. No pressure here but with all this talent in one place, for 20 days, there’s bound to be some massive hit songs to come out of this project.

According to INNA’s social posts, the best songs will be included in an EP titled “Dance Queen’s House” which will be released on 20 November 2020. This is INNA’s official debut EP, following from her six studio albums, the latest of which was released last year, titled YO, released under Jay-Z’s label, Roc Nation.

Day One Of INNA’s New Project

Almost a day after the announcement of the project, INNA dropped the first daily vlog, updating her 6.25 million YouTube subscribers about “Dance Queen’s House” and how day one went.

Speaking in Romanian throughout, with English subtitles – which we are thankful for, INNA is relaxed, excited, talkative, and full of energy about living in this big house and spending 20 full days with talented people. At the start of the video she explains the project and the concept, as well as the precautions they took due to the global COVID-19 pandemic.

She takes us on a full tour, showing that everyone has jumped straight into working together and not even bothered unpacking – just imagine the inspirational energy that is flowing tbroughout this house! The location is absolutely beautiful with a lake view from almost every room, with INNA loving every minute of taking us on a tour, although she does feel like she’s on an MTV reality TV show such as Welcome To My Crib. There’s a couple of buildings on the gorgeous property, with a luxurious long-stretch pool – which inspires INNA to tell us a bit about her childhood and how at six years old she was always in the pool behind the apartments she lived in with her mother.

The ending of the video contains short interviews with the artists and producers who are staying in the house alongside INNA, where they reveal their favourite INNA songs and how their day went. It’s interesting to know that they’re already excited about the music they’ve created in that very first day, and it’s not all just been work work work, they’ve also spent some time playing tennis and doing some archery.

Expect INNA’s debut EP “Dance Queen’s House” to be released on 20 November 2020. We cannot wait to find out what songs are released from this project.

Let us know what you made of INNA’s vlog from day one of “Dance Queen’s House” on Twitter @CelebMix.