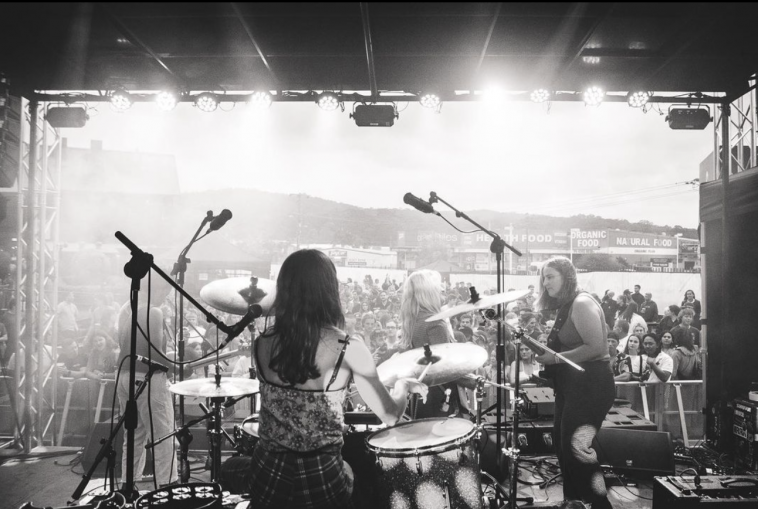 Just shy of 75,000 monthly listeners on Spotify, the all-girl group based out of Australia known as The Buoys, are making their way into the music scene.

After just recently dropping their third EP, Unsolicited Advice for Your DIY Disaster, the group is set to perform at the Splendour In The Grass Festival in Australia, along with the likes of Tyler, The Creator, Kacey Musgraves, Jack Harlow, and more.

The girls are making a statement in the music industry, per the words of David James Young, the music writer states The Buoys are “a band that has been asserting themselves as one of Sydney’s great indie-rock hopes.” Their stage presence is said to be infectiously enthusiastic and lively- Who wouldn’t want to see them live?

Their hit single, Lie to Me Again, amassing almost half a million streams on Spotify, opens with a melodious guitar strum and soft vocals. Lead vocalist, Zoe Catterall, has the talent of transferring her energy, from the song, into the listener. The illuminated harmonies from other band members permeate the dimension of heartbreak throughout the lyrics.

The lyrics envision a relationship with one who never holds to their promises, mirroring a situation where almost all ardor is drained until nothing is left.

Although their energy is comparable to the electric 80s girl group, The Bangles, having a zestful and spirited aura, The Buoys are a category of their own. From just their live gigs, we can pick up on the smiles that never leave these performers’ faces. It’s as if they are in their own world when they are on stage, appearing to have the time of their lives.

If you haven’t heard of The Buoys yet, you sure will soon as these girls are only getting greater!

Keep up with The Buoys on their website: https://thebuoys.bandcamp.com/music

What do your thoughts? Let us know on Twitter using @CelebMix.