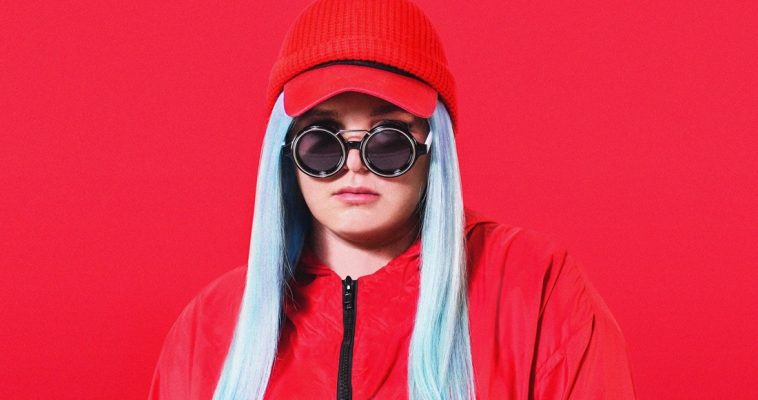 Australian sensation Tones And I has unveiled her latest single, the effortlessly slick ‘Ur So F**kInG cOoL’.

Packed with relatable lyrics, the track will resonate with anyone who’s ever felt out of place or has lost themselves whilst trying to be social media’s idea of ‘perfect’. “Walk into a party, feelin’ out of place, everyone’s too cool, everyone’s too fake, I try to start a conversation but I can’t seem to relate,” Tones croons over an electro beat which showcases her distinct vocals.

Speaking about the track, Tones And I said: “I wrote this song after I went to a party and everyone there thought they were the coolest thing ever and I just thought ‘this is shit, I’m leaving.”

The track comes accompanied by an amazing music video which was directed by Nick Kozakis, Liam Kelly and Tones And I. Throughout the visual, the artist plays a whole host of different characters who all attend a party. Each character is so self-obsessed, and it’s clear to see that Tones has no time for any of them, or the party.

‘Ur So F**kInG cOoL’ follows on from Tones & I’s earlier releases from this year: ‘Can’t Be Happy All The Time’ and ‘Bad Child’. It also comes after the continued success of her record-breaking single ‘Dance Monkey’.

Since its release, ‘Dance Monkey’ has racked up over seven billion global streams, including 1.5 billion streams on Spotify, where it stands as the most streamed song by a female artist of all time. It’s also the most Shazamed single of all-time and holds the record for the longest-running UK number one by a female artist, after spending 11 weeks at the top last year.

‘Dance Monkey’ also reached number four on Billboard’s Hot 100, making it the first top five hit to have been solely written by a woman in over eight years. Additionally, the track has been Multi-Platinum or Diamond certified in 15 counties, including 3x Platinum in the UK and 11x Platinum in Australia.

If that wasn’t enough, just last week the video for ‘Dance Monkey’ exceeded a billion views on YouTube, reaching the milestone in just 322 days.

What do you think of ‘Ur So F**kInG cOoL’? Let us know your thoughts on Tones And I and her new single on Twitter @CelebMix