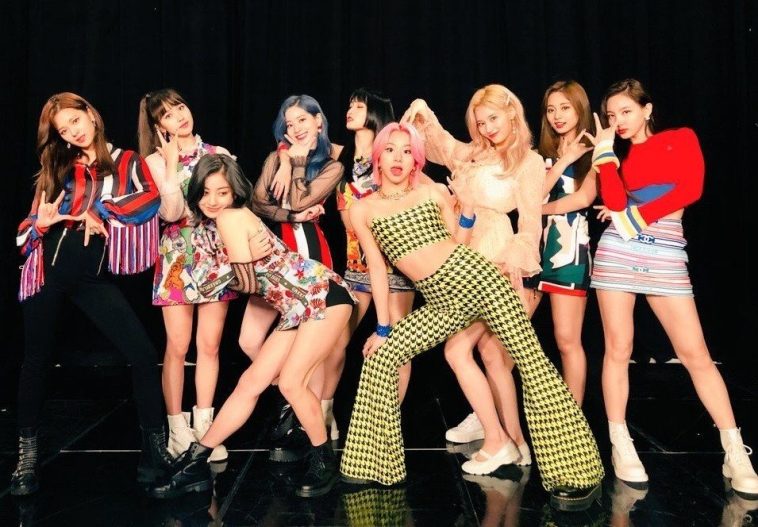 It has been one year since the release of dance-pop banger Fancy by Korean superstars Twice. 366 days and a whole load of viral videos featuring the iconic dance routine later, the track has solidified itself as a career-defining moment for the nine-piece girl group.

After making their debut in 2015 with Like Ooh-Aah, Twice burst onto the scene with overflowing charisma, high energy and the perfect debut single to match their attitude. However, it was their cute concepts that cemented their place as Asia’s biggest girl group.

In April of 2016, Twice released their first comeback single Cheer Up, that skyrocketed the nonet to fame. The infectious chorus and Sana’s iconic ‘shy, shy, shy’ line brought the girls phenomenal success, gaining the most streamed song in South Korea of 2016 and the award for Song of the Year at MMA and MAMA.

The cute concept stuck with Twice and stormed them to releasing multiple successful comebacks. TT has become a Halloween staple for South Korea and KPOP fans alike, What Is Love? secured 12 music show wins and a further Song of the Year win at MAMA. When you thought of KPOP cute concepts, Twice were the IT girls of that field.

As 2019 began to approach, the question began to arise of whether Twice should begin to change their brand image. With youngest members, Chaeyoung and Tzuyu approaching 20 years old and eldest Nayeon about to turn 24, it seemed only natural to test the waters of a different concept. However, Twice’s careers could be at risk with such a move.

April 2019 arrives with Twice’s seventh EP and the boldest change in their 4-year career. Departing from their bubblegum pop from their previous lead singles, Fancy was an explosion of energy. Overflowing with confidence, the more sophisticated concept fitted the group perfectly and enabled all of them to present the best that each girl has to offer.

Fancy became an instant success with their army of Onces and other KPOP fans alike. At any KCON convention over the last year, the track was continuously one of the most performed songs during the game of Random Dance Play. The infectious nature of the instrumental and its place within Twice’s discography made it a standout among their work, and they have the numbers to prove it. As of December 2019, Fancy has sold over 100,000 copies in the USA and the track became their fastest to surpass 100 million streams.

One year later, their management and label JYP Entertainment have developed a partnership with Republic Records, signing Twice to the label for international promotions and distribution of their records. While Twice were always successful and elevating themselves with each new release, it would be an understatement to say that Fancy did not completely change the course of their career.

Which Twice song is your favourite? Let us know by tweeting the CelebMix account!